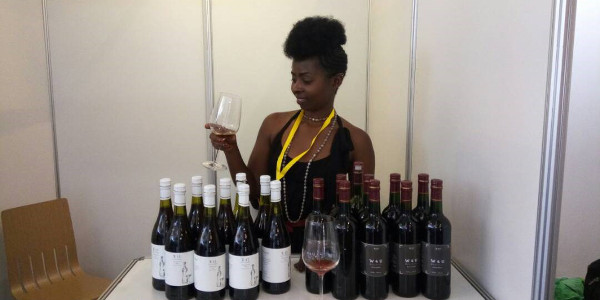 Assumpta Uwamariya has found a way to upscale the Rwandan wine industry with an unusual ingredient. Instead of grapes and bananas, which are commonly used in the country, Uwamariya saw an opportunity to make wine from locally grown beetroot.

The idea to use beetroot as a major ingredient for wine, stems from the waste she saw in the production of beetroot in the Rubavu District of Rwanda without a ready market, so she decided to add value to the vegetable crop by making wine from it. Her fermented beetroot wine is now a national bestseller.

How did she start and grow the business?

After graduating in clinical psychology, Uwamariya spent years looking for gainful employment. During this period, she worked in different part-time jobs but struggled to make ends meet. She tried her hand at different things including selling vegetables, dressing brides for weddings and organising a team of young female footballers to represent the country.

At one point, Uwamariya got a temporary job with a German-funded project in Ruhengeri in the Musanze District, where she oversaw the purchasing of food commodities from the local market and making juice for the organisation’s staff.

She began to see the social and economic benefits of fruits as she was earning more money than she had earned from her other jobs. “I began to wonder if I could transform these fruits into wine,” she says.

A staff member on the project then introduced her to a friend in Germany, who taught her how to make quality wines.

“When I was young, I often assisted my parents in transforming banana juice into wine which we shared with visitors. With the additional skills I acquired, I started experimenting on how to make wines with beetroot and pineapple to see if I could make a business out of it,” Uwamariya says. “After some experiments, I invited my friends and neighbours to taste the wine. To my surprise, the wine was well appreciated, and it became a special product in my village.”

In 2016, Uwamariya established Karisimbi Wines Limited, a company that processes and produces wines from homegrown fruits and vegetables. The wines are produced in three variants – beetroot, pineapple and banana. Her factory and wine shop are in Mahoko centre, about 15 minutes’ drive from Rabavu-Goma, a town at the border between Rwanda and the Democratic Republic of Congo (DRC).

Uwamariya grows beetroot on a three-hectare farm and also buys from local farmers in the Rubavu District. The beetroots are cut into small pieces, boiled and left to ferment. The result is a red wine that contains up to 18% alcohol by volume. Currently, she employs 16 permanent workers and 10 casual labourers. Her customers are mostly from Rwanda and the neighbouring DRC.

In the last two years Karisimbi Wines has won several awards, including the Bank of Kigali’s inaugural BK Urumuri Entrepreneurship initiative’s Rwf 9m (US$10,000) interest-free loan and the YouthConnekt Best Innovator Award where she won Rwf 5m ($5,700) in prize money which she used to expand her business.

Karisimbi Wines initially started by selling 100 bottles of wine per month and now they are selling 600 bottles a week and pay salaries amounting to Rwf 800,000 ($900) per month. “We have also been able to buy a car to facilitate the distribution of our wines,” says Uwamariya. They are also planning to acquire land to build a plant and expand their operations.

Surely, she must have faced some challenges?

Although the Rwanda government is supportive of young entrepreneurs, Uwamariya says running her business is still very costly because they do not have their own plant. “We rely on leasing a brewery house and local farmers to augment our supply,” she explains. “The products are still packaged manually. What has kept us going over the years is our commitment to producing quality wines that suit the taste of our customers.”

The first challenge they faced was convincing people that such a tasteful product could be made by a woman and that winemaking is not strictly a man’s job. Another challenge is getting quality packaging materials. They also need processing equipment to make their work easier and faster.

“Karisimbi Wines has already been tested and met international standards. In the local market, it is more competitive than all those imported from Europe, Asia and South Africa. We are now proposing that the government should promote the local manufacturing of wine bottles,” says Uwamariya.

She hopes to expand the brand’s international footprint across the African continent within the next five years.

To be a successful business person, Uwamariya says young entrepreneurs mustn’t be deterred by challenges and must be willing to learn from their mistakes.