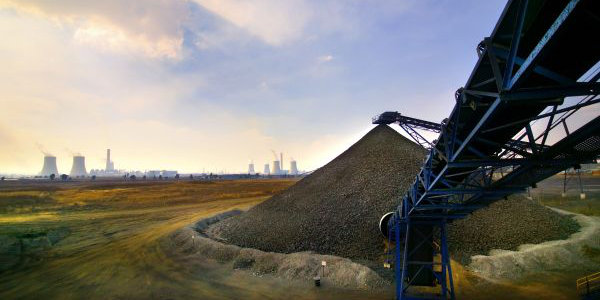 Mining, by nature, is an exploitative, dangerous and environmentally damaging activity. In any country’s economy it requires stringent regulation to ensure that minerals are mined responsibly and traded ethically, that host countries receive fair profit share of their natural wealth, that just compensation and opportunities are provided to impacted communities, that worker safety is prioritised, and that the environmental impact is minimised.

Government mining policy is therefore a fundamental determinant, next to geological and economic considerations, of investors’ decisions in assessing the attractiveness of a particular project. This is particularly applicable to many of the sub-Saharan African countries, which have the reputation of being high-risk and difficult places to do business.

In the sub-Saharan African countries, policy has always featured prominently during the risk profiling stage of a project, but it has become an even more fundamental consideration for mining companies and investors in recent years. This is because South Africa, Zambia, Kenya, Burkina Faso, and Niger are just some of the continent’s producers that have introduced significant changes to their mining regimes, or are in the process of doing so.

In most cases, the changes are knee-jerk responses to one of the most severe crises to impact the global mining sector in recent history. Since peaking at the end of 2011, most commodity prices, especially those of the base metals, have undergone a sharp downward trend. This has been primarily driven by an oversupply of product into the market and the decline in demand from China, the world’s largest consumer.

“The collapse of the commodities boom has led to an upsurge in resource nationalism exemplified by government reviews of existing concession agreements, increases in corporate tax, windfall profit taxes, reductions in tax allowances and sharp increases in royalties. In some countries in southern Africa, this has also led to increasing indigenisation requirements,” says Peter Leon, Africa’s pre-eminent mining policy expert and partner at the law firm Herbert Smith Freehills.

These conclusions are drawn from the institute’s Policy Perception Index (PPI), a composite index measuring the overall attractiveness of 109 jurisdictions. The PPI results are mainly based on the opinions of managers and executives, representing 3,800 exploration, development and other mining-related companies, on the effects of policies and regulations in jurisdictions with which they are familiar.

South Africa, in particular, has seen its mining regime wracked by uncertainty. The introduction of the Mineral and Petroleum Resources Development Act (MPRDA) Amendment Bill in December 2012 brought little clarity as regards the direction of the country’s mining policy. Mineral resources minister Mosebenzi Zwane has insisted that the promulgation of this Act is a matter of urgency, but earlier this year the draft version of the revised broad-based black economic-empowerment Mining Charter only introduced more regulatory uncertainty.

The draft Mining Charter seeks to strengthen the charter’s ability to effect “meaningful transformation of the industry” – effectively, greater black ownership of mining companies. Local mining companies say that the minister did not consult them. Two pending legal applications – one a request for a declaratory order clarifying empowerment clauses in the Mining Charter, the other an application to the High Court asking that the Mining Charters of 2004 and 2010 be entirely set aside – have not helped matters.

In recent years South Africa, once the continent’s premier mining jurisdiction, has consistently ranked in the lowest third on the Fraser Institute’s PPI. In the latest survey, it is only the 78th-best mining jurisdiction and 13th-best African country out of the 20 surveyed in terms of policy attractiveness. It scores 66th for investment attractiveness, while it is the ninth least attractive investment destination in Africa, just ahead of the likes of Zimbabwe, Niger, Kenya, Guinea and Angola.

South Africa’s ongoing regulatory issues are a considerable concern among investors, says Leon. Some African governments have responded appropriately to the downturn, but the South African government has not done so, he argues. “Where jurisdictions are perceived as risky, investors will simply demand a much higher rate of return,” he says. “Paradoxically, it has increased black economic empowerment requirements under the proposed new Mining Charter III.”

Kenya is another sub-Saharan African country that has scored poorly on the index as a result of a fundamental overhaul of its legislation: it ranks six places behind South Africa. The country has significant resources of soda ash and fluorspar, as well as deposits of coal, gold, rubies and sapphires, but mining has never featured prominently in its economy, accounting for only 1% of its GDP in 2015. Two years ago, ostensibly to encourage investment in the sector, the government embarked on a plan to overhaul its mining code, which dates back to 1940.

Mining companies and investors say a Mining Bill, which was finally passed in April this year, contains onerous and punitive provisions that discourage exploration and investment. Some of the concerns include the imposition of royalty rates of between one and 12%, dependent on the commodity, the requirement of 30% local ownership, and a listing on the local stock exchange. As a consequence, the country’s investment attractiveness score plummeted from 71 out of 122 jurisdictions in 2013 to seventh from bottom in 2015.

Meanwhile, Niger, the continent’s largest producer of uranium, has experienced the greatest decline in its PPI score, with a decline of 20 points. In part, this is due to increased uncertainties brought about by regulatory duplication and inconsistencies, new labour regulations, as well as a taxation regime perceived to be unfavourable. Niger’s PPI ranks sixth from bottom in the latest PPI survey.

The copper-producing nation of Zambia has similarly seen a drastic fall in its overall survey positioning. Ranked 40 out of 122 in 2014, its PPI fell to 61 of the 109 jurisdictions last year. It saw an even greater decline in its investment attractiveness ranking, which fell from 25/122 to 68/109. This has been blamed on an attempt to increase the government’s royalty on sales to as high as 20%.

When mining stakeholders vehemently criticised the policy as “outrageous” the government backed down and proposed a more investor-friendly, price-based royalty linked to the copper price that will benefit government during an upturn, while protecting companies during a downturn. The proposal has yet to be approved, but if accepted it will no doubt help to restore investor confidence in Africa’s largest copper producing country. The about-turn is a good example of how jurisdictions should behave in a depressed commodity market, says Leon.

In Burkina Faso the introduction of a new mining code in June last year saw the country’s PPI ranking fall slightly from 39 of 122 to 44 of the 109 jurisdictions, though its investment attractiveness rating has improved considerably since 2014. The new code was compelled by a requirement set by the World Bank for the release of $100m in budget support. It abolished a previous 10% tax break on mining company profits, which firms must now pay into a local development firm.

Inevitably, the trend in mineral policy adjustments across the continent has prompted pro-industry lobbyists to urge governments to act cautiously in this depressed market. Earlier this year the Mining Industry Association of Southern Africa (MIASA) said that governments needed to ensure that the region remained an attractive destination for mining investments, given large-scale retrenchments throughout the region. The Southern African Development Community (SADC) alone has seen about 70,000 jobs lost in mining since commodity prices suddenly declined.

The association said that mining in Africa had seen no significant investment and no major exploration projects in recent years. It called for consistent, well-researched policy, consultations with the private sector, reductions in bureaucracy and governments’ commitment to creating an environment that make it easier for new and emerging miners to enter the industry. Governments should avoid changing policy at short intervals, it added. Mining is a long-term investment and external investors expect certainty on security of tenure to ensure their continued participation in mining on the continent.

Leon believes that the sub-Saharan African region will see less regulatory uncertainty in future. “African mining jurisdictions now appreciate that the good times are over and they will have to adjust to what some regard as a cyclical bear market in commodities,” he concludes.

This article was first published by Africa in Fact.