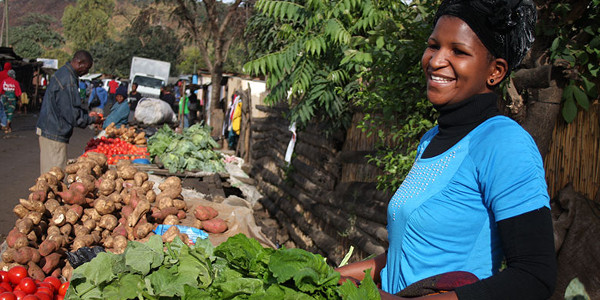 The last three years have been tough ones for Malawi. The economy was already under stress after a big corruption scandal in 2013 sent the country into an economic tailspin, and led to the suspension of direct budget support to the aid-dependent economy.

Then came an El Nino double whammy – severe flooding in 2015 followed by the worst drought in a decade in 2016. This left 40% of Malawians without food. And economic growth ground to a halt.

There is a saying “you should never let a crisis go to waste,” and this year Malawi proved to be no exception. The widespread feeling that climate shocks are here to stay – plus the realisation that a number of Malawi’s past policy choices have made the impact of flooding and drought worse – appears to have given extra momentum to reformers in government to try to break the cycle of vulnerability.

During the past year a number of difficult reforms have been pushed through, many of which might not have been possible in normal times. Reforms to Malawi’s agricultural markets helped ensure food price stability and eliminated the prices spikes and shortages of past droughts. A restructuring of the fertiliser subsidy programme has improved efficiency and eliminated the overspending and inefficiencies of the past. The need to create space in the budget for food relief gave extra momentum to efforts to tighten the control framework over public spending, and new measures helped to widen the tax base to help close the gap between revenues and expenditure.

The recent approval by the World Bank’s board of executive directors for the first budget support loan to Malawi in four years is an attempt to both get behind these emerging reform efforts, and to provide a resource injection when Malawi needs it most. It’s a calculated risk, but one that we believe is worth taking as the potential returns to reform in Malawi are so high.

The new Malawi Economic Monitor, just released, comes at a time when things are beginning to look up in Malawi and there are signs of cautious optimism. We are projecting a growth recovery, with living standards for the average Malawian set to improve for the first time in three years. In this edition of the Monitor, our special topic looks at the links between Malawi’s urban and rural economies and how the country can look forward towards smart urbanisation in the years ahead.

Still, the risks that weigh against a recovery in Malawi are many. The country has made a good start in narrowing the fiscal deficit but it will take deeper efforts (and difficult choices) to continue along this path. With rising debt levels, Malawi simply doesn’t have the space to keep on borrowing to meet short-term needs. Worryingly, the government is now spending more money on servicing debt than on health. And nobody expects last year’s drought to be the last that Malawi experiences. So it is essential for the country to build resilience to both internal and external shocks.

We see the steps towards this including: (i) deeper policy reforms to reduce distortions in the agriculture sector, boost commercialisation, and ensure that markets function effectively, including through maize market reforms; (ii) maintaining macroeconomic stability and, in particular, improving fiscal discipline and carefully managing debt sustainability; and (iii) making investments to build resilience against weather shocks and to diversify the economy, while reforming and expanding existing safety nets to enable flexible responses to shocks.

Richard Record is a senior economist in the World Bank Group Macroeconomics and Fiscal Management Global Practice. This article was originally published by the World Bank.