Three new trends will impact Nigeria in the months to come. Technological and political developments are forcing companies to adjust strategies for long-term growth: 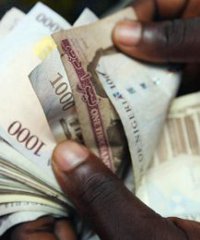 Nigeria’s Central Bank is promoting an initiative to transform the country into a cash-less society.

1) The Central Bank is rolling out its ‘cash-less’ initiative beyond Lagos. The scheme is intended to turn cash transactions into electronic ones. If implemented successfully, it promises opportunities for investors and a better business environment.

2) A new political party, resulting from the merger of four leading opposition parties, is changing the political landscape.

3) The security situation in northern Nigeria deteriorated dramatically causing a variety of new threats to companies operating in the region.

The Central Bank is rolling out its cash-less initiative beyond Lagos this month to a wider territory including the Federal Capital Territory and Abia, Rivers, Anambra, Kano and Ogun states. The policy was launched in January 2012 as a pilot project in Lagos to help the transition from a largely cash-only society to a cash-less society in which the amount of cash in circulation is reduced substantially. The initiative punishes cash users, while expanding the availability of electronic payment solutions.

The impact of the initiative will be limited for large companies as most of them already carry out transactions electronically or with cheques, but it will present commercial opportunities. The government is investing heavily in the technology infrastructure, training, marketing, and security required to implement the ‘cash-less’ initiative. Opportunities lie in providing security solutions, cards, mobile money services, point-of-sale (POS) devices, and ATMs, and setting up alternative electronic payment channels.

The policy also promises a better operating environment. Businesses will benefit from reduced transaction costs and faster access to cash due to more efficient payment processing. In the long term, the policy may lead to more transparency, greater financial inclusion, and better tax collection.

However, the programme in Lagos, where the pilot began, still faces challenges over a year after inception. As a result, most transactions are still carried out with cash. Despite POS penetration increasing 500% to 150,000 units in Lagos in 2012, many devices are not functional due to connectivity problems. Cards are frequently declined, and incidents of fraud are high. Cultural attitudes, low literacy levels, and a general mistrust of the authorities mean that Nigerians have been reluctant to accept the policy. But the programme’s roll-out to other cities will increase incentives to use the electronic system, because sending cash is risky and expensive. As the network expands, and people become used to the system, the real impact on business transactions will likely be felt in the next two to five years.

Trend #2: The political landscape is changing

The merger consists of the Action Congress of Nigeria (ACN), whose governors control most of the south-western states including Lagos; the All Nigeria People’s Party (ANPP); the Congress for Progressive Change (CPC), led by Muhammadu Buhari, a Muslim leader with a strong support base in the north; and the All Progressive Grand Alliance (APGA).

Capitalising on the deteriorating political environment, the APC has a good chance of further eroding the PDP’s support base and challenging Jonathan’s likely bid for re-election in 2015. The Jonathan administration is losing the population’s support, because it seems unable to contain the worsening crisis in northern Nigeria. The government’s reputation is further affected by its poor record of tackling corruption and crime.

While opposition parties have merged in the past to contest elections, conflicting political interests and individual bids for the presidency have hindered their success. This merger brings together several groups that can overcome the country’s geographic, economic, ethnic, and religious divisions – a factor that could prove crucial given the country’s current challenges.

Trend #3: The security situation in the north is deteriorating further

The security situation in northern Nigeria deteriorated dramatically following a major confrontation between Islamist militants and the Nigerian military, creating a variety of new threats to companies operating in the region.

Reputational risk: The military’s brutal crackdown on militants and disregard for civilian casualties is harming the government’s international reputation, affecting the reputations of companies working with the government. A report from Human Rights Watch (HRW) accused the military of human rights violations, which led to international media attention and an official statement condemning the military’s practices by the US Secretary of State.

Depressed consumer spending: The worsened security situation has increased prices of consumer goods in the north, further weighing on consumer spending. Inflation across Nigeria accelerated from 8.6% in March to 9.1% in April because of food price inflation caused by heavy floods that interrupted the harvest in 2012.

Heightened security risk: Boko Haram’s increasing exposure to international Islamist militant ideology puts international companies operating in the north at a higher security risk as they could become potential targets. Boko Haram’s grievances were primarily local and a result of skyrocketing poverty. The group has now morphed into an umbrella organisation for more radical Islamist militant groups operating in the Sahel region. As a result, Boko Haram is operating with more sophisticated tactics and weapons, and increasingly voicing a more international agenda.

This article is a summary of the Frontier Strategy Group’s Quarterly Market Review of Nigeria. The author of the report, Anna Rosenberg, is senior analyst for sub-Saharan Africa. She is in charge of producing actionable research that responds to the realities on the ground faced by Frontier Strategies Groups’ clients which include over 200 multinationals doing business in emerging markets. Follow Anna on twitter.