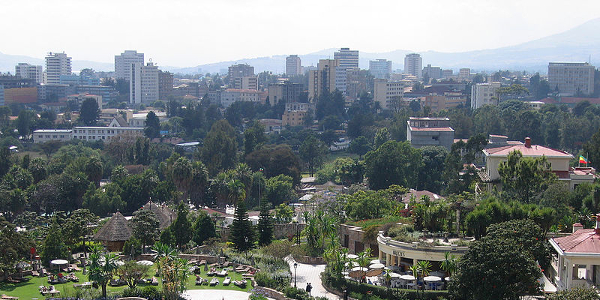 Ethiopia breaks a lot of Washington Consensus eggs to produce a surprisingly impressive growth omelette. Its Chinese-style model could be supported by listing top companies in London.

Plenty has been written about Ethiopia’s fascinating growth model, most notably the World Bank’s 171-page tome Ethiopia’s Great Run: The Great Acceleration and How to Pace It. Despite an acceleration of GDP growth from 0.5% pa in 1981-1992 to 4.5% over 1993-2004, Ethiopia was the world’s second-poorest country in 2000. Yet the acceleration to 11% in 2004-2014 – better than China or India – gives credibility to the authorities’ target of middle income status by 2025. Life expectancy has risen by one year every year since 2000. World Bank models suggest a growth slowdown is pending, but it still sees GDP rising by 4.5-10.5% annually for 2015-2025, with the midpoint sufficient to again double GDP in a decade.

Having boosted agriculture and investment, now the goal is light manufacturing

China is probably the best comparison for those looking at Ethiopia. Heavy investment in infrastructure appears key. Federal government delivery of inter-state highways, electricity provision and rail connections has been high, without large corruption scandals. Nigeria may well look on Ethiopia’s success with some envy. Agriculture and construction have done well. Now the government wants to widen this growth to boost light manufacturing. Bangladesh among others fear the competitive threat from Ethiopian entry level salaries of $35-40 a month in the textile sector.

Its policy choices send shivers up the spines of orthodox economists

All this success has been achieved with a host of policies that send shivers up the spines of orthodox economists. In one marked contrast to the China or east Asian model, Ethiopia maintains an overvalued currency via extremely strong capital controls. This puts such a premium on dollar receipts, that companies will export goods even when the global price is lower than the local Ethiopian price. Behaviour becomes distorted as (for example) flower exporters use their access to dollars to import consumer goods, which is hardly their first managerial or technical area of expertise. Meanwhile banks are directed to allocate loans below the rate of inflation – and unsurprisingly there is a massive demand for loans beyond what Ethiopia itself could possibly fund. But these policies are working. A key issue for the next five to ten years is how to keep funding this model.

Ethiopia may be the second-largest economy in the world without an exchange (we think Angola is the biggest) and there are no plans for one in the coming five years. But we think there is room for Ethiopia to attract foreign capital, for example by listing the telecoms company on the London Stock Exchange. This would also raise the country’s profile globally – and provide the twin benefits (cash and profile) already gained via the 2014 debut eurobond launch – while keeping speculative capitalism outside Ethiopia.