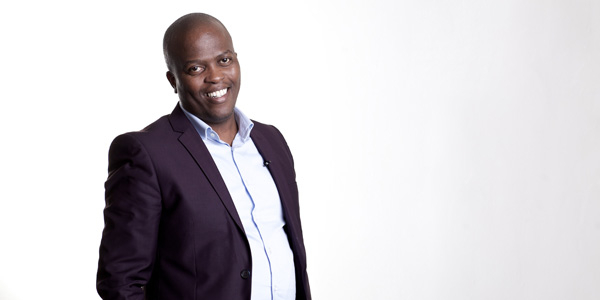 “There is money in townships because the numbers are here. Even if Khayelitsha has 50% unemployment, there is a large population that is able to compensate for that,” said Luvuyo Rani, co-founder of Silulo Ulutho Technologies.

In 2006, South African Luvuyo Rani opened an internet café in Khayelitsha, a township on the outskirts of Cape Town. This has since grown into a one-stop-shop IT franchise business, Silulo Ulutho Technologies. It offers everything from computer and mobile phone sales and repairs, to services such as website development, CV creation, printing, scanning, faxing, binding, lamination, typing of letters, computer training skills and even design of custom obituaries.

And in less than 10 years, Rani has managed to grow his business to 36 stores across the Western and Eastern Cape, specifically targeting underserviced locations such as townships and rural areas.

But how did he do this?

Rani was initially a high school accounting and economics teacher in Khayelitsha, who saw an opportunity to sell computers to teachers in the township. In the late 1990s, the South African public school system introduced Outcomes-based Education (OBE), an educational model that has now been abandoned by the government. However, it placed an emphasis on technological literacy, and required teachers to use computers. So between 2004 and 2006, Rani and his brother sold computers from the boot of a car, targeting mostly teachers.

To help them purchase computers, Rani used stokvels, a savings syndicate, and organised teachers into groups of six where they paid around R400 (roughly US$30) a month. Within six months each teacher had a computer.

However, he soon realised these teachers also required computer skills, and so the brothers decided to open an internet café that would also provide training and support.

“But then I realised that the problem was not just from a teaching point of view. It was a community problem. The ICT gap was huge and people were coming in and saying they were looking how to produce a CV and write an email,” recalled Rani.

“So we said okay, let’s offer a school where we can train them on the basics of Microsoft Word, Excel, PowerPoint, as well as internet, social media and mobile phone usage. We can train them over six months and they will then be able to better find employment and other opportunities… So that moved beyond teaching training to the community as a whole.”

The set up costs for the internet café were steep, and the first few months of income were not enough to cover expenses. To bring in additional revenue, Rani and his brother decided to start a computer and accessories retail outlet, and managed to secure a R30,000 ($2,210) loan from the UCT Graduate School of Business to purchase stock. The company also brought in a third business partner who was able to assist in computer repairs and maintenance.

By 2007 they had trained about 250 people in computer skills and realised it was time to expand. Unable to secure a loan from the bank, they managed to win a R100,000 ($7,370) grant from the SAB Kickstart competition in 2008, which was used to open a one-stop centre for computer training, repairs, internet services and retail.

“And so we had 14 stores in the Western Cape by 2012 and then decided to expand into the Eastern Cape,” said Rani.

By 2013, Rani had 26 stores across two provinces, and it became difficult to manage the business. He decided to start franchising his stores, and received a R5m ($368,300) loan to allow former staff members the opportunity to buy a franchise. Initially franchisees own 50% of a store and will repay the loan for three years, after which they can buy the remainder of the business.

Today, nine of the 36 stores are franchises, with a tenth opening at the end of the month.

The goal is to reach 200 stores by 2024, with Rani eyeing other South African provinces, and eventually other African countries.

“One thing we have learnt is that if you are growing in this space and are ambitious – and we want to be in the Southern African Development Community region – you cannot grow by opening your own stores. It is to painful to grow that way. It is better to grow through a franchise, which assist you in many ways. Firstly it assists you in growing with other people’s money. Secondly, it assists you with the knowledge of different communities,” he highlighted.

“For us, in the Cape, we understand so much about this area, but we don’t understand the Gauteng part. It is better to have the local entrepreneur in Gauteng to partner with us and bring our services to the area. If we now go to Zimbabwe… then we will find an entrepreneur who is hungry like us and is able to bring our business model to Zimbabwe.”

‘There is money in townships’

Rani believes that a big part of his company’s success is that it provides services that were previously unavailable in townships. For most residents of Khayelitsha, to get a computer fixed or a CV printed would require a trip into Cape Town.

The business’s access to a large untapped township consumer market has also proven attractive to corporate companies. In 2010, Microsoft saw an opportunity to target this previously inaccessible market in Khayelitsha by partnering with Silulo Ulutho Technologies and allowing the company to sell its software at a reduced price.

The business has also partnered with telecommunications company Telkom, providing it with penetration points into communities where it does not have existing infrastructure.

“These companies realise that there is money in townships because the numbers are here. Even if Khayelitsha has 50% unemployment, there is a large population that is able to compensate for that. It is about the volume,” explained Rani.

“So I think there is an opportunity for us to continue positioning ourselves as a vehicle for these big businesses to come and utilise us… I think it is a great opportunity for us in terms of sustainability and being relevant in years to come.”