Africa has been seeing – and will continue to see – a steady rise in the number of high net worth individuals (HNWIs) across the continent. 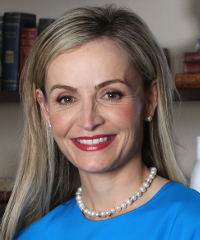 This is according to Margaret Nienaber, global head of Standard Bank’s Private Clients business. This arm of the bank’s business was established a few years ago to cater to the group’s growing high net worth client base, who are defined as individuals with the potential for net investable assets in excess of US$1m.

Between 2008 and 2013, Standard Bank’s Private Clients business in Africa grew by 51% in terms of new clients, and 123% in assets under management, according to Nienaber.

She added that while a number of reports and statistics have been released concerning the growth of HNWIs in Africa, these reports often vary and the statistics are likely to be understated.

“I think in terms of the statistics that are shown on the wealth potential in Africa – that are showing very positive trends – we at Standard Bank believe those trends are vastly understated and the potential is much bigger than what people think it is,” Nienaber told How we made it in Africa.

Nevertheless, reports such as the World Wealth Report from Capgemini have shown a positive growth trend in Africa with a roughly 10% increase in HNWIs on the continent from 2011 to 2012, compared to a world average of around 9.2%.

She added that this is likely due to the fact that African markets did not feel the full blow of the global financial crisis, unlike many Western economies.

“If you look at it from a South African perspective the equity markets have performed really well, there has been rising commodity prices and there has also been a rise in new business formation and I think a lot of those reasons apply to [the rest of] Africa as well. If, for example, you look at the fact that the rand has declined 30% over that same period, then these figures are even so much more impressive. And I think if we are looking at future growth, then in East Africa we are expecting up to 2017 a 28% growth in the number of HNWIs.”

Nigeria has also seen a huge increase in the number of HNWIs. According to a recent article concerning a report by New World Wealth, Nigerian millionaire volumes increased by 44%, up from 10,900 HNWIs in 2007 to 15,700 in 2013.

Other than South Africa, Nigeria and Kenya, Standard Bank (which operates in 18 African countries) has also seen an impressive rise of the number of HNWIs in Mozambique and Angola, alongside markets such as Uganda, Tanzania, South Sudan, Ghana and Côte d’Ivoire.

What are the wealthy spending their money on?

Investment in property is still favoured both globally and in Africa, according to Nienaber. She added that Standard Bank has also seen a rise in investing in equities, especially offshore equities.

Travel and lifestyle remains a key focus area and Nienaber noted that a lot of Standard Bank’s clients are interested in banking products that are linked to air miles and airport lounge access, for example.

“I think passion and purpose is something that we are also starting to see more of,” she continued. “So by passion I mean investing in art and collectables – still very much a favourite – and then purpose when you look at philanthropy. So I think across the globe there is much more of a focus on philanthropy, but very much so in Africa.”

Nienaber added that Standard Bank has also seen a rise in investment in education by its high net worth clients.

“We are also seeing a renewed interest in terms of people wanting to handle their offshore affairs through Mauritius, because it’s close to Africa, it’s more cost effective, and you are not necessarily exposed to hard currency fluctuations,” she explained.