Nigeria has the third highest number of millionaires in Africa. This is according to an in-depth analysis of Nigeria’s millionaire community. 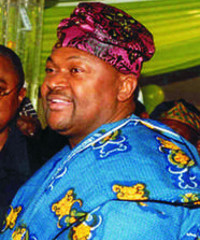 Wealth consultancy New World Wealth has released a report, Wealth in Nigeria 2014: The Future of Nigerian HNWIs, which highlights trends among the country’s richest individuals. Millionaires, or high net worth individuals (HNWIs), refer to individuals with net assets of $1m or more excluding their primary residences.

The report focuses on millionaire performance between the end of 2007 (the peak before the global financial crisis) and 2013. In the report wealth is defined as the net value of assets, which includes financial holdings, business interests and tangible assets, and the demographic details are based on a sample of over 200 local HNWIs from the New World database.

Here are the highlights of the report

Growth in the wealth of Nigeria’s elite is linked to a number of factors including the country’s GDP, its real estate market and the local equity market. The increase in Nigerian HNWI wealth was heavily linked with local GDP per capita growth.

3. Most millionaires are older men

The demographics of HNWIs contrast sharply with the demographics that characterise the wider Nigerian society. Millionaires are predominantly male and middle-aged or older. As one moves further up the wealth pyramid, wealthy individuals become older and more likely to be male. The average age of HNWIs in Nigeria is 61 years. The majority of these individuals, 33%, are aged between 51 and 60 years.

4. Lagos is the wealthiest city

Lagos is home to the largest portion of Nigeria’s richest people (61% or 9,500 individuals). The city is the economic hub of Nigeria and its port is the leading facility in West Africa.

There are also sizable Nigerian HNWI populations in Port Harcourt (1,300 HNWIs), which is the main oil city and a hub to several multinational companies. Nigeria’s capital Abuja is known for being one of the largest purpose-built cities in Africa, as well as one of the wealthiest and most expensive cities in Nigeria for real estate. It is home to 600 millionaires.

5. Where millionaires make their money

6. Who are Nigeria’s richest people?

In 2013, there were five billionaires in Nigeria, compared with one in 2007. Michael Adenuga joined the elite list in 2010 while Folorunsho Alakija, Abdulsamad Rabiu and Jim Ovia all joined in 2013. Aliko Dangote has been a billionaire since 2007.

Dangote is the richest man in Nigeria. He is also the richest man in Africa. His company, Dangote Group, is the largest cement producer in the continent. In addition to cement he has interests in a number of other industries including sugar, flour, transport, real estate, textiles and beverages. New projects in development include oil refining, natural gas, telecoms, fertiliser and steel.

Adenuga is the second wealthiest Nigerian. His company Globalcom is the second largest telecom provider in Nigeria (after South African-owned MTN).

Alakija in third place is one of the wealthiest woman in Africa. Her company, Famfa Oil, was granted oil rights to a portion of the Agbami Oil Field in the Central Niger Delta in 1993.

Rabiu started BUA Group over 20 years ago. The company initially specialised in importing iron, steel, agricultural and industrial chemicals. Its biggest interests are now in cement, flour and sugar.

Ovia founded Zenith Bank in 1990, one of the largest banks in Nigeria with a market cap of $4bn in 2013. Ovia also owns Visafone, a mobile telecoms company, as well as several prime properties in wealthy neighbourhoods.