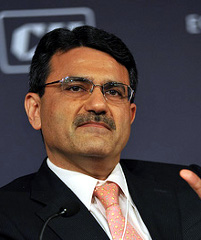 Someone who has a good vantage point of Africa’s consumer growth story is Manoj Kohli, who heads up the international operations of Indian mobile telecommunications company Bharti Airtel. In 2010, Airtel acquired the sub-Saharan African business of Kuwait-based mobile operator Zain. Airtel currently has a presence in 17 African countries. The mobile telecommunications sector has been one of the continent’s star performers over the past decade.

In addition to Africa, Airtel also has operations in India, Sri Lanka and Bangladesh. Speaking at the recent New York Forum Africa, held in Gabon, Kohli said that African consumer behaviour is very different from that in Asia. He said that Asian consumers have a lead of about 15 to 20 years on Africa.

“In the early 1990s, the Asian consumer really started to make a big change, which the African consumer is doing now,” said Kohli.

Using Airtel’s own business as an example, Kohli highlighted three ways in which African consumers differ from those in Asia.

Kohli noted that in the area of voice services, Asian consumers (including Indians) rack up much more minutes than Africans.

However, regarding data consumption, Africans seem to be much more enthusiastic. “Coming to internet, the Asian consumer has taken time; the gestation period of internet usage has been longer, whereas the African consumer uses much more internet. [This] is fantastic news for us, because we as a company have built the largest 3G networks across 14 markets out of 17 – so clearly it means the data consumption of the African consumer will be much more,” said Kohli.

Africa’s mobile money industry is often touted as one of the continent’s greatest success stories. Kohli said that in this area, Africa is ahead of Asia. “In Asia it is a bank-led model, so governments don’t allow mobile operators to use phones for money transfer, etc. Whereas in Africa, I think governments and central banks are far more liberal – they are giving permission to African operators to use [mobile phones] as money transfer equipment.”

Need for economic growth to filter through to rural areas

Kohli said that Africa’s consumer growth is still predominantly in the urban areas. “[While] urban consumers are very evolved, the rural consumer is still far behind.”

He said that Africa’s economic surge has not positively impacted the poor to the same extent that it has in Asia. “That trickling down impact of economic growth is not going to small towns and villages… If you go around Asia – if you go around India, China, Indonesia, Malaysia, Philippines, Thailand – all these countries, the trickling down has been very fast… That is happening in Africa in a very, very slow way. It is too slow.”

Kohli noted that Africans are spending an increasing amount of money on non-food items and services.

He said African consumers are also very discerning and brand conscious. Affordability, however, remains important. “Therefore, if they can’t buy an original Blackberry, they will buy a second-hand Blackberry for the time being until they earn more money.”

Kohli added that Africa should grow its agricultural and business process outsourcing (BPO) sectors. He explained that because English and French are widely spoken across the continent, Africa has the opportunity to develop into a BPO hub in the same way as India did.