South Africa and many other countries around the world have recently been hard hit with the loss of senior business and political leaders through resignations and untimely deaths. Everybody acknowledges that to replace such high-profile individuals is not a quick and easy process. However, there is hope for the future of such organisations, businesses and even countries if they were to invest in the practice of a well-developed succession plan. 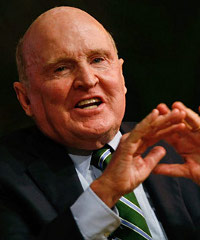 Succession planning or more accurately succession development, is a systematic process for identifying and developing internal people evidencing the potential to fill key business leadership positions in a company or organisation. Another way of considering this is to work toward establishing a succession talent-pool with a series of feeder groups up and down the entire leadership pipeline or progression. This approach is in contrast to the replacement planning model which focuses narrowly on identifying specific back-up candidates for specific senior leadership and management positions.

Research shows that clear succession development objectives are essential to establishing an effective succession process. These objectives are currently in place in many or most companies that have well-established processes and practices. Some of these objectives would include, but not be limited to, the following. First step is the identification of those with the potential to assume greater responsibility in the company. Thereafter, to provide critical development experiences to such individuals. A third objective would be to engage the leadership at different levels in the organisation in supporting the development of these high-potential candidates. In conjunction with all of these, there should be the building of a data base that can be used to make more effective appointment decisions for key positions.

While many organisations develop rather complex models to characterise their succession and development practices, the following fundamentals are mostly reflected. There should be the identification of key roles or positions for succession development. It is important that leadership determine the competencies and motivational profile for such positions. Once established, people now need to be assessed against these criteria, but with one major difference – that of a future orientation. The major writers on this subject agree that assessment is the key in effective succession planning and development.

There is no widely accepted formula for evaluating the future potential of leaders, but there are many tools and approaches that continue to be used, ranging from personality and cognitive testing to team-based interviewing and simulations. The staff members meeting these criteria are now identified as part of different talent groups that could potentially fill and perform highly effectively in these key roles. Another fundamental observed in most companies with succession processes, is the development of these staff members to ensure their readiness for advancement into key positions – primarily through the right set of experiences.

In addition to the above, organisations must ensure that they improve their staff commitment and retention levels. This can in many instances be achieved by simply meeting the career development expectations of the existing staff members. An added advantage to this approach would be the countering of the increasing difficulty and costs of recruiting externally.

Another reason for succession planning and development is that these high potentials will one day become the leaders of the business. This is why their development needs to incorporate a broad range of learning opportunities in the organisation. The individuals should also be exposed to as much of the working environment as possible so that they gain a good understanding of what the organisation requires to remain competitively successful.

Importantly the organisations that understand the need to manage the development of their high performers are a step ahead of their competitors! The effort required to establish a development plan and process for future leaders is worthwhile because it creates a motivated and capable group of staff members that are ready to move forward in the business when the need arises.

Some businesses struggle to find succession systems that are effective and practical. It is clear that leaders who rely on instinct and gut to make promotion decisions are often not effective. Research indicates that the most valid practices for assessment are those that involve multiple methods and especially multiple raters. The idea of “calibration meetings,” composed of the senior leadership can be quite effective in judging a group of potential future business leaders with the right tools and facilitation.

An example of a person and a company that understood the processes of succession planning and development was one of the most successful business leaders of all time, Jack Welch, who started working at General Electric in 1960. As he moved up in the company he displayed leadership qualities that set him apart from his peers. One of his most admired skills was the ability to develop subordinates so that there was always someone ready to take his place when he was offered a promotion. The success of his strategy is illustrated in the fact that in 1981 he became the CEO of General Electric and served in that position until his retirement in 2000.

Furthermore, in 1991, Jack Welch stated: “From now on, choosing my successor is the most important decision I’ll make. It occupies a considerable amount of thought almost every day.” This was a very strong statement for someone that had the vision and leadership ability to increase the value of GE from $13 to $410 billion during his time in office. It is clear to see that succession planning and development of future leaders and managers does not happen in isolation – it needs to be evident in the company’s strategic objectives and strategic goals.