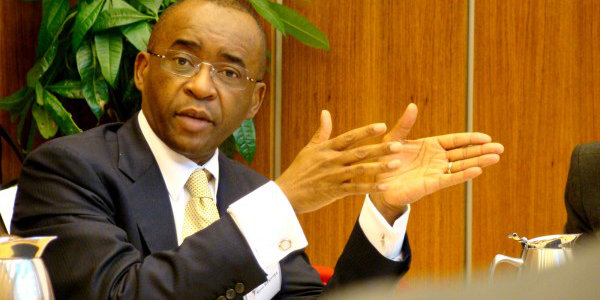 Zimbabwean tycoon Strive Masiyiwa made his money in the mobile telecoms business, but if he were to start all over again, he would bet on agriculture.

Speaking at the opening of this year’s African Green Revolution Forum (AGRF) in Zambia’s capital Lusaka, Masiyiwa made a case for the opportunities in the agriculture industry.

The Zimbabwean billionaire is chairman of the Alliance for a Green Revolution in Africa (AGRA), an organisation set up in 2006 to support smallholder farmers with the goal of reducing poverty and hunger.

Masiyiwa noted Africa’s food market would be worth US$1tr in just 15 years, citing a 2013 report by the World Bank.

According to a report launched at the forum, Africa currently spends more than $60bn on food imports each year thereby benefiting producers outside the continent.

“Oh I wish I was starting again. I wouldn’t do telephones. I would go into agriculture,” he said.

Masiyiwa founded Econet, a diversified telecommunications company with operations and investments in Africa, Europe, South America and Asia. His other business interests include financial services, insurance, renewable energy, bottling for Coca-Cola and hospitality ventures – all of which have made him one of the most wealthy and respected business people in Africa.

A decade ago, Masiyiwa noted, it was almost impossible to talk about agriculture in Africa beyond simply food security. Millions of people across the continent were facing hunger on a daily basis, even starvation.

“The green revolution of Africa… has indeed started.”

This year’s Africa Agriculture Status Report: Youth in Agriculture in Sub-Saharan Africa, launched at the forum, notes young people can be the engine behind the development of new agricultural enterprises in farming research, processing, packaging, and retailing of food. However, it warns most of Africa’s under-25 population are pessimistic about farming due to a lack of land, credit, quality farm inputs and machinery.

“Africa has the largest, most vibrant group of young people – yet we have a need to create jobs even today for over 250 million [of them]. Yet we have over 60% of the world’s unutilised arable land. There must be a way to connect these two dots,” said Masiyiwa.

“African youth have the energy of the world. We have to equip them with the right skill… with the tools… with the markets. They are smart, and they are not just going to go out and work the land for nothing – as we did in yesteryears.”