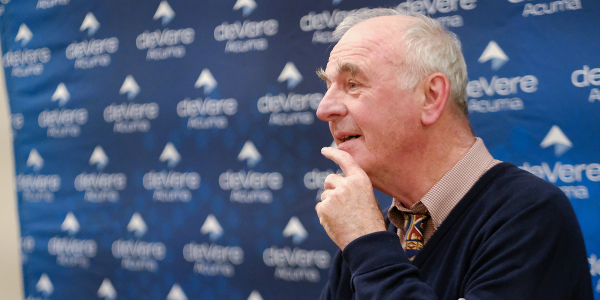 “We are at a tipping point,” said renowned scenario planner, Clem Sunter, at a recent seminar in Cape Town hosted by investment advisory group, deVere. He highlighted various red flags that investors in South Africa should keep an eye on.

South Africa’s economy is under strain due to a combination of global and domestic economic conditions. Heightened financial volatility globally alongside political uncertainty locally are threatening the country’s growth potential and this month the IMF cut its 2016 growth forecast to 0.1%.

In recent years South Africa has also slid down the ranks in the World Economic Forum’s global competitiveness rankings. The current situation has left many investors wary of putting their money in the country and begs the question: where is South Africa heading?

According to renowned scenario planner and former head of the Anglo American Chairman’s Fund, Clem Sunter, South Africa is at a tipping point which could determine whether it becomes a “Premier League” or “Second Division” country – or even a failed state.

Premier League countries are attractive to investors as they have a combination of policy and institutional certainty and have a higher competitiveness ranking globally. Sunter believes South Africa has a 45% chance of reaching this scenario.

However, the country also has a 45% probability of becoming a Second Division economy. These countries may be peaceful but will ultimately remain poor due to uncompetitive economies.

“It’s when we descend to a point where we get relegated into the second division of world nations, and people simply aren’t interested in investing in us,” explained Sunter.

There is also a chance that South Africa becomes a failed state – characterised by high levels of civil unrest and disorder. While it wasn’t too long ago that Sunter gave this scenario a 25% probability, he has since reduced it to 10% due to the country’s relatively strong public institutions.

“But we certainly don’t want to take it off the table.”

There are a number of red flags that could potentially change the domestic environment over the next 10 years. Sunter suggests investors keep a close eye on them to help with investment decisions going forward.

“Everybody now knows what the end game can be,” noted Sunter. “It could be Venezuela. I was told recently that no major drug company is exporting drugs to Venezuela anymore because the Venezuelan government owes most international drug companies US$3.5bn.”

While corruption is flagged as a problem in South Africa, he added there are some positive indicators around this.

“In South Africa there is a green element to the flag, which is a very strong media that’s exposing the corruption. We also have the Public Protector, the Constitutional Court and a lot of independent institutions which can slow the rising of this flag. In a good scenario they could actually bring it down,” he added.

“So one mustn’t be overly pessimistic about this flag, but obviously it has to be watched.”

South Africa has recently struggled with electricity outages that have been a major impediment to business. However, Sunter noted there have been some positive developments with the country’s power utility, Eskom, coming under improved leadership.

Nevertheless, there is still much more that needs to be done. “You cannot have an economy growing at 3-5% per annum with dicey infrastructure.”

While Nelson Mandela embodied a spirit of reconciliation, Sunter argued his successors have failed to unite the nation.

“You simply can’t win in the really intense competitive game that exists in the world unless you’re a fairly united team,” he stated.

“It’s the next generation that may provide the next inclusive leader. We have to move beyond the struggle generation now in order to find the kind of leadership which will actually bind this country together sufficiently.”

South Africa has a number of pockets of excellence – from world-class restaurants and shopping centres to quality schools and universities. Unfortunately, these are generally only enjoyed by the small percentage of the population who can afford them.

“So this flag revolves around whether we’re going to replicate our pockets of excellence or dumb them down.”

Technology has changed the workplace over the last century and replaced large workforces previously required for many conventional jobs.

For this reason entrepreneurs and small businesses play a larger role in job creation, and South Africa will need to do more to support its local SMEs if it wants to make a dent in its significant unemployment rate – currently at over 25%.

“We’ve got to resolve that… It is the most important issue in terms of creating an economy which allows people to live in a more harmonious state with each other.”