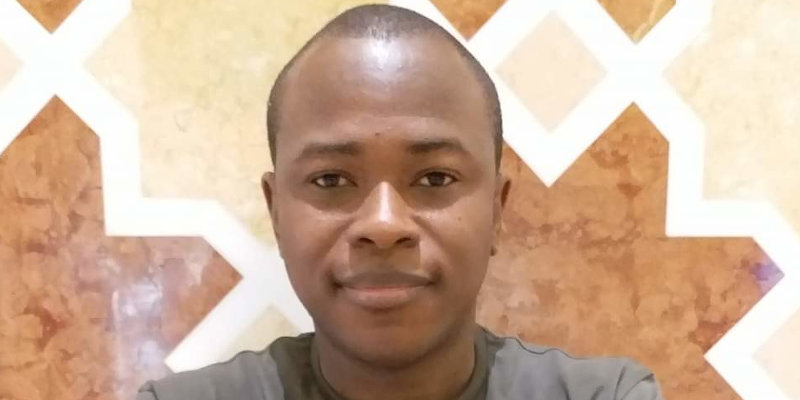 In 2018, Airbnb released a report stating Nigeria is one of the platform’s fastest-growing markets globally in terms of guest arrivals. While many people rent out a room or a second property as a means to generate passive income, Nigerian entrepreneur Olajide Abiola took it a step further to create something that’s a mix between serviced apartments and a hotel.

His company Gidanka signs long-term leases with apartment owners and then rents them out as short-term stays to businesspeople and leisure seekers. All the units are refurbished, decorated and equipped with appliances to adhere to Gidanka’s standards. It currently has 30 apartments of varying sizes, all located in Nigeria’s capital Abuja. Abiola classifies 80% of the company’s units as mid-range and 20% as upper-range.

Gidanka doesn’t share revenue with the property owners: it leases the units from them for anything from three to 10 years, and pockets the premium it charges to its guests.

Abiola claims the business is already profitable. It has adopted a lean operating model and tries to keep fixed overheads to a minimum. The staff of seven includes a general manager and employees who oversee functions such as accounting and social media. Services like housekeeping, laundry or even a butler are outsourced to third-party companies. Guests can personally check in using a code sent to them prior to arrival. If they require any additional services, they simply send a text message. “Everything is automated, from the point of booking to checking in and out,” he explains.

While Gidanka’s properties are listed on Airbnb, Abiola highlights a strong direct sales model. The company also works closely with a local real estate firm which helps market its properties. “Some 85% of our sales leads come from referrals and word of mouth,” he says, citing the example of a project team from American multinational General Electric that stayed at Gidanka’s apartments based on a recommendation from a colleague.

According to Abiola, his biggest challenge is Nigeria’s poor electricity supply which forces households and businesses to provide their own power with expensive diesel generators. To overcome this, Gidanka has installed solar power at its units which provides back up for 12 hours. 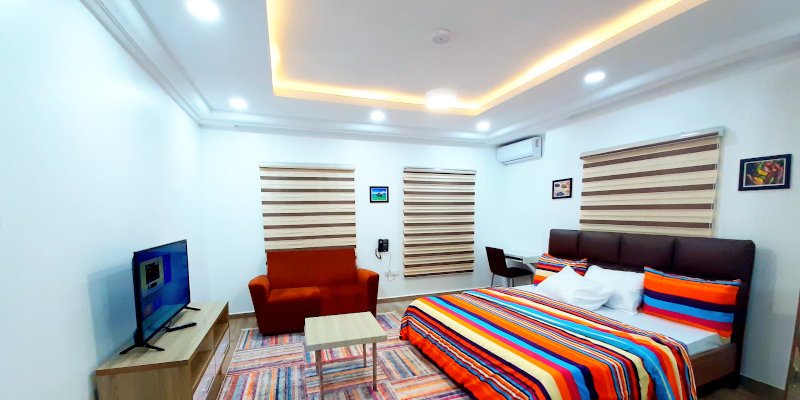 Gidanka currently has 30 apartments in Abuja.

The idea for the company came about in mid-April 2019 when Abiola – who served in the Nigerian army and went on to create digital lending company KiaKia – accompanied a colleague who was looking for a place to stay in Abuja. He spotted an attractive apartment block in a favourable location and the idea was sown. “I was excited and told her it would be perfect for beautiful, highly functional serviced apartments.” Abiola obtained the phone number of the developer but was disappointed to learn the units were for outright sale only and not rentals.

Undeterred, he enlisted the help of a local realtor to keep track of sales of the development’s units. It took a month to rent two apartments from buyers in the block. As soon as the lease agreements were signed, Abiola furnished and decorated the two properties. While refurbishing these units, he secured a third studio apartment in another neighbourhood. By the first week of July, the three units were listed on Airbnb.

Abiola paid for the refurbishment of the first three units from personal funds and in its first week of listing, the studio was booked for a month on Airbnb. And by the second week, the other two units were rented; one through Airbnb and the other through a word-of-mouth referral.

Abiola viewed his first three units as a test to gauge market interest. “I experimented by starting with three spaces in different neighbourhoods and listed them on Airbnb. Once these were fully booked, I realised there was a market for this.” Encouraged by these early bookings, Abiola searched for more properties to add to his portfolio. He came across a large building with multiple units which had never been inhabited since its completion six years prior.

However, the property required considerable work to get it ready for Gidanka’s guests. Abiola needed cash to do this. With the help of his realtor friend, Abiola found a real estate investor who agreed to put up $500,000 in debt and equity.

With the capital secured, Abiola started redecorating the apartments and, by the end of December, he had an additional 27 units ready to accept guests. 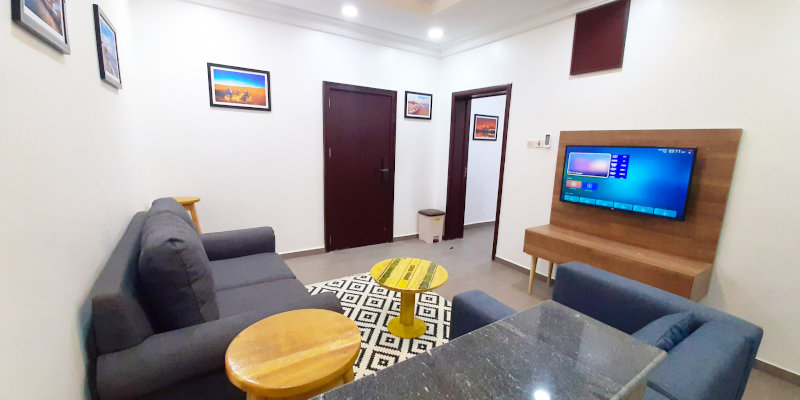 All the units are refurbished, decorated and equipped with appliances to adhere to Gidanka’s standards.

Abiola says much of Nigeria’s tourism potential remains untapped. “Most of the opportunities available in the country are usually left dormant … until foreign entrepreneurs come in.”

A recent PwC report, released before the Covid-19 outbreak, predicts Nigeria’s hospitality market will increase by a 12% compound annual rate from 2019 to 2023. Abiola highlights the potential for luxury tourist developments around Nigeria’s numerous waterbodies.

Commenting on how the movement and travel restrictions associated with the coronavirus outbreak has impacted Gidanka’s business, Abiola acknowledges occupancy dropped to 23% during the last week of March as many guests cancelled their bookings. However, in April occupancy again climbed to 56%.

He expects the Covid-19 outbreak to alter travel accommodation preferences. “People will be looking for private living spaces where they can prepare food themselves and where they can observe a greater level of physical distancing than is possible in hotels.”

As soon as conditions around Covid-19 permit, Abiola plans to add a substantial number of apartments to Gidanka’s portfolio.

“All of this started as an experiment and … as a result of the traction within a short time, I’m taking it to the next level,” he says.