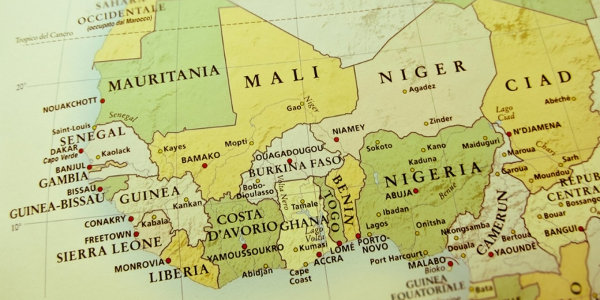 We think Senegal is one of the good news stories in sub-Saharan Africa, which will be reinforced as GDP is revised up by perhaps 30% in 2018.

Senegal is the only sub-Saharan African country we follow to get upgraded in 2017, from B1 to Ba3 by Moody’s in April. This put it one notch above the B+ S&P rating which is unchanged since 2000. In the rest of sub-Saharan Africa over 2017, only Burkina Faso received an upgrade from B- to B; it is also in the West Africa Economic and Monetary Union (WAEMU).

There are IMF programmes with virtually every one of the WAEMU member states, which may be helping this positive trend. We have assumed no further change in Senegal’s ratings, but after this week’s visit to Dakar, we see upside risk to ratings in 2018-2019.

GDP to be revised up, perhaps by 30%, improving most ratios significantly

The most likely trigger is the GDP rebasing that should arrive in 2018, which could lift GDP by around 30%. While not as dramatic as this decade’s 60% GDP hike in Ghana or the nearly 100% rise in Nigeria, it will make a significant difference to Senegal’s ratios.

The government is pushing an investment programme which has more than doubled public debt from 24% of GDP in 2008 (post-HIPC) and is paying for infrastructure developments such as the new airport due to open next month. For equity investors, the only semi-liquid name is the telecoms company Sonatel, which is a shame as bank lending is strong. The rebasing of GDP will cut the bank lending stock to GDP from around 38% of GDP to 27% of GDP, meaning there is plenty of room for further growth, as long-term interest rates are around 6-7% but nominal GDP has been rising by 7-8%. Note, good harvests have lifted GDP in recent years – growth may slow to 5-6% in either 2018-2019 if weather conditions are less benign. The other indicator to watch is FX reserves.

On a one-year horizon, we see good reason for Senegal to have tight spreads

For debt investors it is hard to be super-excited when eurobond yields are already the tightest among its peer group. Is it right to trade tighter than Ivory Coast? Yes, politics are evidently far more stable (Senegal has never suffered a military coup) and so fiscal risks seem lower. On a multi-year horizon, literacy data suggest other sub-Sahara African credits (e.g. Ghana, Kenya, Zambia) should outperform as they can industrialise earlier. But on a one-year horizon, we would be happy holders of Senegal’s eurobonds and see modest scope for Senegal to outperform due to the GDP rebasing.