It is interesting to reflect on the progress that has been made in Africa over the past 15 years. Where we are today is very different to where we were 15 years ago – at that time, most people would have thought it impossible for Africa to get to where it is today. 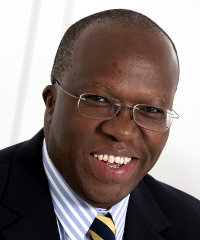 Having traversed the continent working for multinationals over this period, I have had a front row seat to some of the very real change that has occurred. Ten years ago, when I was living in Lagos, not many people believed that the transition to democracy in Nigeria was real, let alone sustainable. Retail options were limited. There was only one supermarket where all the expats shopped; driving around Lagos, it was rare to see a new car. This has all changed. After four elections, there is real confidence in the sustainability of the democratic system and the retail sector has been transformed with the presence of Shoprite, Spar, Game and Valuemart. There are new cars in abundance.

Similarly, Luanda is virtually unrecognisable from even a few years ago. When considering Angola, people often lack the perspective that it is little over 10 years since the decades-long civil war drew to an end. The redevelopment that has happened since then is incredible. Luanda is reminiscent of Dubai about 20 years ago and the city even sports a new, world-class waterfront development.

Having said all that, as I continue to travel across the continent, what does strike me is that younger people do not seem as impressed as my generation with the progress that Africa has made, but rather wonder why the continent is not further ahead than it is.

Clearly, they view Africa from a different perspective than my generation. The perspective of my generation remains tainted by Africa’s history. Hence there is a sense of wonderment at the progress that has been made; 15 years ago this would have seemed impossible to most Africans. At the same time though, because of our history, there does remain a sense of caution, perhaps even doubt.

In contrast to my generation, the younger generation of Africans are more optimistic and ambitious and they do not suffer from the same self-imposed mental limitations. They talk about ‘leapfrogging’ the rest of the world rather than simply ‘catching up’. For us to conceptualise what is possible over the next 15 years, we therefore need to try and see the future through the eyes of a younger generation that are a lot more visionary than ours.

I am not sure exactly what the future of Africa is going to look like, but I do believe that the younger generation will drive fundamental changes. Looking through their eyes, the past 15 years have been transitional and the next 15 years will be transformational. They are going to create a different set of demands, opportunities and enablers. The ‘old politics’ of Africa will simply not work for them.

The new generation will demand governance and accountability and see new systems being used to create a different kind of civil society and a different form of government. In the same way that mobile telephony is transforming communications, transactional relationships, and even social and political dynamics, new technologies are going to force a ‘recalibration’ of commerce and politics in Africa.

In the context of my working life in Africa – 20 odd years with multinationals AIG, Standard Chartered, and now Kellogg’s – I am more convinced than ever that the single biggest constraint to the growth of multinationals like these in Africa is perspective.

Like my generation of Africans, the general perspective is grounded in the history. We need to radically shift this by imagining what could be possible in 15 years’ time, rather than being continually weighted down by where we were 15-20 years ago.

Although it is difficult to visualise this future, I do know that our only constraint – as Africans and as leaders – is a going to be lack of imagination and willingness to think differently.

Gerald Mahinda is managing director for sub-Saharan Africa at Kellogg’s, the global cereals and snacks company. This article was first published in EY’s new Africa 2030: Realizing the possibilities report.