The current debate surrounding the nationalisation of South African mines is not scaring away Indian investors. 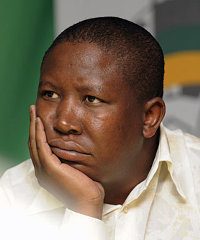 So says Robert Appelbaum, a partner at law firm Webber Wentzel. He focuses on inbound investment from India into the African continent.

“Everyone is monitoring it, everyone is keeping an eye on it, [but] is it chasing them away? No. Is everyone entirely convinced that there is going to be wholesale nationalisation? No,” Appelbaum told How we made it in Africa in an interview.

The leader of the ANC Youth League, Julius Malema, has been pushing for the nationalisation of South Africa’s mines. Malema’s campaign has become South Africa’s most talked about topic, eliciting strong opinions on both sides of the fence.

According to Appelbaum, Indian investors are, however, more concerned about South Africa’s inadequate rail, port and electricity infrastructure. He also said that South Africa is “over-regulated” and that the investment incentives offered by the government is “complicated and confusing”.

This has prompted Indian companies to look at other countries on the continent to base their investments.

Appelbaum noted that Botswana has evolved into an especially attractive destination for foreign investors, while Mozambique is also becoming more business friendly. “Everyone loves Botswana. [In] Botswana you can get things done [and] the government is very receptive. There are not as many levels of bureaucracy [and] response times are superb. Mozambique has become pretty similar . . . it is easier to do business.”

He said that many investors are, however, cautious about the Democratic Republic of Congo and that Zimbabwe’s indigenisation laws have spooked a lot of business people.

Indian investment into Africa has largely been in the areas of mineral resources, pharmaceuticals, ICT and the sale of vehicles such as trucks and busses. Appelbaum said that India needs Africa’s minerals, such as coal and iron ore, to fuel the growth of its own economy.