This week the World Bank and IFC released the 2014 global Doing Business report that shows Rwanda has shot up 22 spaces in the rankings since last year, now in 32nd place in the world in terms of overall ease of doing business. 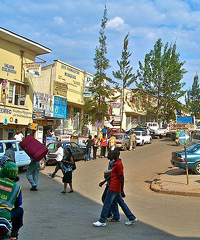 Rwanda has overtaken South Africa for the title of the second easiest country in Africa in which to start and run a business, having been in fourth place in Africa in last year’s rankings. Mauritius remains in first place.

According to the report, economies are ranked on their ease of doing business, from 1-189. A high ranking on the index (from 1-90 for example) means the regulatory environment is more conducive to starting and operating a local firm. The rankings for all economies in the 2014 report are benchmarked to June 2013, and see the inclusion of four new economies in the rankings this year, two of which include Libya and Africa’s newest country, South Sudan.

Of the 10 economies that have improved the most across three or more areas measured by Doing Business in 2012/13, Rwanda is the second best performing country globally in the 2014 report. Interestingly, Djibouti is in 6th place globally, Côte d‘Ivoire is in 7th and Burundi is in 8th place in this ranking.

In last year’s Doing Business report, Rwanda was also highlighted as one of the countries in the world that has made great strides to improve its business environment.

Alongside climbing the overall global rankings, Rwanda has performed well in a number of categories this year.

In the registering property category, which looks at how easy it is for an entrepreneur to transfer property, Rwanda jumped from 62nd place to an astounding 8th place in the global rankings.

Rwanda also saw improvements in the category of getting credit, where it jumped from a global ranking of 24 to 13th place. In the protecting investors category,

Rwanda jumped from 32nd place last year to 22nd place this year. There were also gains in the rankings concerning the ease of resolving insolvency, where Rwanda leapt from 166th position in last year’s rankings to 137th place this year.

Furthermore, Rwanda is the top country in the world to have advanced the furthest towards the regulatory frontier since 2005.

“The distance to frontier measure shows how far on average an economy is at a point in time from the best performance achieved by any economy on each Doing Business indicator since 2003, or the ﬁrst year in which data for the indicator were collected,” the report explains.

Of the 50 economies narrowing the distance to frontier the most since 2005, 19 were in Africa. Burkina Faso was in 6th place in this index, Burundi in 9th, Egypt in 10th and Mali in 11th, followed by Sierra Leone in 12th place globally.

Read our country profile on Rwanda to find out more about the East African country’s business environment.