Rwanda’s capital has been called one of Africa’s cleanest and most orderly cities. 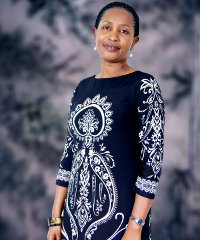 This might come as a surprise for those that haven’t visited Kigali, probably because many still associate the tiny East African country with images of its tragic 1994 genocide.

Rwanda has, however, made great strides since those dark days nearly two decades ago. The reason why Kigali is so clean is because the last Saturday of each month is a compulsory ‘cleaning day’, when all business comes to a halt.

According to Julie Mutoni, country manager of DHL Express in Rwanda, this cleaning fosters unity among Rwandans. “Everyone, including the President, partakes in cleaning the city, and this cleaning day has helped Rwanda recover from genocide and civil war in multiple ways by creating a sense of purpose and togetherness amongst the people.”

The Singapore of Africa?

In 2011, Charles Robertson from Renaissance Capital wrote that a visit to Rwanda was the greatest positive shock of his professional career. He stated that Rwanda is implementing many of the same economic reforms that Singapore introduced since the 1960s to transform itself into one of the world’s foremost financial centres.

Rwanda has done a lot to improve its business environment. According to data from the World Bank and IFC, it takes about three days to start a business in Rwanda, compared to an average of 34 days in the rest of sub-Saharan Africa.

Foreign investors have also taken notice of these reforms. Earlier this month South Africa’s Protea Hospitality Group announced that it will open a hotel in Kigali. A new five-start Marriott hotel is also set to open later this year. In addition, Reuters recently reported that Rwanda has signed a deal with South Korea’s largest telecoms provider KT Corp to roll out high-speed 4G internet to most of its citizens within three years.

“There is a lot of potential in Rwanda. The number of investors that have recently entered the market make people feel that their money is safe in the country,” said Mutoni.

According to Mutoni, Rwanda’s economy is largely driven by the services industry as well as tourism. Agricultural products such as coffee and tea are also being exported.

One of Rwanda’s lesser-known export products is a white flower called pyrethrum. Rwanda is one of just four major countries (Australia, Kenya, and Tanzania being the others) that grow pyrethrum. The flower is refined into a highly demanded, natural, flower-based pesticide and Rwanda has been actively working to revive this once near-collapsed industry. In 2011, Rwanda’s pyrethrum flower production increased from 209 to 700 metric tons, while export revenues increased by 380% and its global market share surged from 6% to 15%.

More to be done

Despite everything that Rwanda has got going for it, Mutoni concedes that there are still challenges to doing business in the country.

One of these is the fact that Rwanda is a landlocked country. “When it comes to transport it can get tricky because we are not near a port. The time it takes to transport goods over land can also drive up costs for importers.”

World Bank economist Mohammad Amin recently wrote that Rwanda also has work to do in the areas of labour laws and tax rates.

Another factor that might be a concern to prospective business people is Rwanda’s relatively small market of around 11 million people. Mutoni said that although this might be a worry, investors should remember that Rwanda is part of the East African Community (EAC) economic bloc – comprising Kenya, Tanzania, Uganda, Rwanda and Burundi – which has a combined market of over 130 million people. She also noted that many companies are able to achieve higher margins in Rwanda compared to other countries on the continent.

So what are Mutoni’s favourite things about Rwanda? “There is no corruption here. Also the country is very safe. You can leave your door open at night in some areas.”

And the worst? She told How we made it in Africa that she wished there was more family entertainment options in Kigali, but that this too is changing with the recent introduction of a new cinema complex.