At the age of 28, Ben Maina sits at the helm of an e-commerce business that has been described as the Groupon of Kenya. In 2010, Maina quit his job at an internet service provider (ISP) to co-found online discount shopping website Rupu. 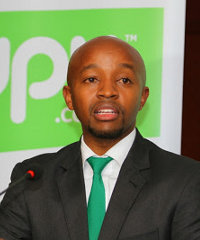 Ben Maina is one of the founders of Rupu. Picture: Beautiful African Woman

Rupu gives consumers discounts on goods and services in the form of deals on the premise of group buying, where a minimum number of people have to sign up for a deal. The business, which started with a team of six, today employs 40 people, has over 40,000 active users and has featured over 500 Kenyan businesses.

Maina told How we made it in Africa that the e-commerce business was inspired by the landing of a number of fibre optic cables in 2010, which led to reduced internet costs and an increase in the number of users.

“My background was in ISP. I had seen the number of internet subscriptions grow from about 400,000 to about three to five million in a couple of years. M-Pesa (a mobile money transfer platform) was a mature product with a lot of people using it. We felt that the time was right for e-commerce. The ecosystem was shaping up,” said Maina.

While hundreds of other entrepreneurs started technology businesses around this time, it is Rupu’s model, which Maina describes as “easy”, that has made the company one of Kenya’s tech success stories.

“We wanted a model that would allow us to make some sort of revenue from day one as opposed to other models that were based on traffic [first] and then trying to monetise the traffic later. We didn’t want to invest in logistics, we didn’t want to invest in products and stock and security… we just wanted something that was easy to start that we could do literally from our homes,” he said.

Having an easy model that generated revenue immediately worked to Rupu’s advantage. The business received investment from Switzerland-based media company, Ringier, in its early days.

Rupu has proved to be a success among female buyers who make up about 60% of the site’s clients. The items sold on Rupu include household appliances, health and beauty products, and fashion and lifestyle goods.

“Women tend to spend more in terms of impulse buying which is what deals are about. We tried a couple of products but the ones that really sold were skewed towards women, so we just concentrated on those areas,” said Maina.

Although Rupu has achieved considerable success in less than three years, Maina described his early days in business, with a limited number of staff, as challenging.