Positive investment scenarios are opening up in Zambia, according to pan-African financial services group Imara. 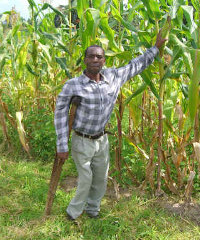 Senior executives in leading companies in these industries had told Imara that negative factors that had previously impacted performance had been reversed and positives were coming through.

The IMF’s latest statement on Zambia confirmed the positive impression, she noted, with “real GDP growth projected at 6.6% in 2010, boosted by a record maize harvest, a rebound in tourism and a continued increase in copper output and construction”.

The bumper harvest had helped bring inflation down to 8,2% by the end of August while Zambia’s trade balance had been in surplus for 12 consecutive months.

Majola explained: “With an election year coming up in 2011, there is likely to be a spike in government expenditure, as tends to be the norm around election time.

“This should be supportive of disposable incomes, though there is also a risk of inflationary pressure. This environment is likely to be positive for business and industry, however.”