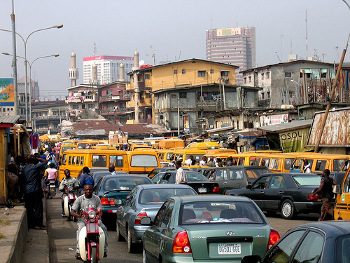 In the past few decades, developed economies (e.g. the United Kingdom) have modelled a variety of public private partnerships (PPPs) for the delivery of infrastructure, public utilities and large services projects, achieving significant successes from harnessing the competences and expertise from both sectors. Emerging markets such as India and South Africa are also recording successes using tried and tested PPP templates to create, expand and modernise infrastructure.1

It is apparent that these dynamic partnerships between the public and private sector have become inevitable across the globe.

Nigeria‘s infrastructure challenge is huge. Recent reports suggest that the country requires between US$12 billion to $15 billion annually for the next six years to meet the infrastructure requirements.2

It has become evident that the government alone cannot muster the resources (finance and expertise) to meet this need and the involvement of the private sector is not just desirous, but necessary. It is no wonder therefore that the majority of infrastructure projects currently underway at both state and federal levels are powered by PPPs.

The coming of PPPs

PPPs were initiated to tackle the growing complex and multifunctional issues in building infrastructure projects; to help meet the demands for creative, functional and efficient delivery of projects; and for private investors to participate in profitable social development projects through partnership with the public sector.

PPP is defined as – a sustainable effort between the public and private sectors, in which each contributes to planning and resources needed to accomplish a mutual shared objective.3

PPPs originated from the United Kingdom with the development of mines in an arrangement (known as the Public Finance Initiative) between the government and a merchant bank several centuries ago.4

However, it was only in the late sixties that major capital projects in the developed world were executed almost exclusively through PPP arrangements. This trend has continued, expanding the scope of projects far beyond major infrastructure such as highways, railways and power plants, into more sophisticated and complex cross border projects, and transactions.

Usually, the private company forms a special purpose vehicle (SPV) to develop, build or/and maintain or/and operate the project for a contracted period. The SPV is a financial entity created for the purpose of fulfilling a very specific and limited use, separated from the sponsoring or parent company for legal and tax reasons, and may be controlled by both the private company and the government working together.5

Overwhelming evidence in the past 50 years of the use of PPP structures indicate that these arrangements are relatively cost efficient, foster best practices for sharing and transfer of risk, assure superior value for money, saves time, streamline contracts and simplifies procurements, facilitates innovation through public-private cohesion, eradicates bureaucratic and political processes, encourages technology transfer and acts as vehicles which adopt life cycle approaches to delivering infrastructure and services.6

Addressing the issues of effective implementation of PPPs

Emerging countries in the Asia Pacific and Latin America have continued to drive infrastructure development through PPPs. According to the Organisation for Economic Co-operation and Development (OECD) in Vietnam, PPP forum report in March 2008, shows that more than 75,000 greenfield projects have been initiated within a decade and half on the platform of public and private co-operation.

Government investments in infrastructure projects have spurred increased economic growth particularly as small and medium scale businesses derive a plethora of opportunities and benefits and the private sector capitalises on the efficiencies of new infrastructure and services.

In Singapore, the world’s largest Sports Hub, estimated at $978 million, is currently being developed under a PPP arrangement from which the government hopes to divest in 2014.7

While PPP transactions are more recent in Sub-Saharan Africa, there are already a number of success stories. The Kenyan government in expressing its commitment to encouraging PPPs envisages that 80% of its projects will be financed through PPPs by 2030.8

Understanding and implementing PPP structures: One of the biggest obstacles to the effective implementation of PPPs is the lack of local talent in the area of technical and structuring competence. The result is often a vehicle which is top heavy with international advisers, and perhaps more complex structures, often impacting negatively on implementation. Recent research indicates that it takes more than five years for participants (including governments) to truly comprehend the fundamentals of PPPs. A fair amount of education and communication in both the public and private sector must be encouraged.

Political interference: Government unfortunately still adopts practices of patronage and favouritism over capability and competence in its selection process. Several projects have been known to fail at start-up because the process of selection of the partnership was flawed. There are also PPPs which were consummated by a previous government which succeeding governments have failed to honour.

Systematic or institutional framework: PPPs are relatively new phenomena in Nigeria, hence the institutions necessarily to support these schemes are relatively young. The Federal Government recently set up the Infrastructure Concession Regulatory Commission (ICRC) an institution responsible for setting guidelines to promote, facilitate and ensure the successful implementation of PPP projects. It states that its primary objective is to achieve better value for money for infrastructure services and enhance economic growth. The Agency is at its infancy and will require vast resources to enable it to fulfil its obligations.

Organisational and culture barriers: The huge culture gap which exists between the public and private sector cannot be overlooked. Traditionally, the public sector is known to be an inefficient machinery. While this is a common problem across the world, developed economies have, for a long time encouraged and developed great talent in the public sector.

The bane of national development is easily tied to the dearth of infrastructure. PPP strategies have been successfully utilised and adapted to the needs of different sectors of the economy and to different countries. Nigeria should not be an exception.

Contracts which take into consideration in equal measure, the objectives of private investors and government, and agreements which enhance mutual benefits must be continuously investigated and implemented.

Depending on the sector, some PPP models are more appropriate than others in achieving its deliverables and in mitigating and sharing risk amongst participants. The right PPP models must be identified and adapted (where required), for the right project.

PPP arrangements should be designed and adapted to the specific characteristics of the assets at stake, and tailored to the competence and abilities of the participants involved. Flexibility and the need to design around intended/known objectives are therefore at the heart of PPPs.

This article was first published by Alitheia Capital Real Estate Insight. Alitheia Capital is an investment manager and advisor. The company’s mission is to broaden the ownership of businesses and real estate. To this end, the company is committed to doing well, while doing good. Alitheia enables socially sustainable investing and provides the opportunity for investors across the economic pyramid to invest in key sectors of the economy via structured investment vehicles. From its base in Lagos, Nigeria, the company is focused on channelling private equity investments into businesses and real estate assets.