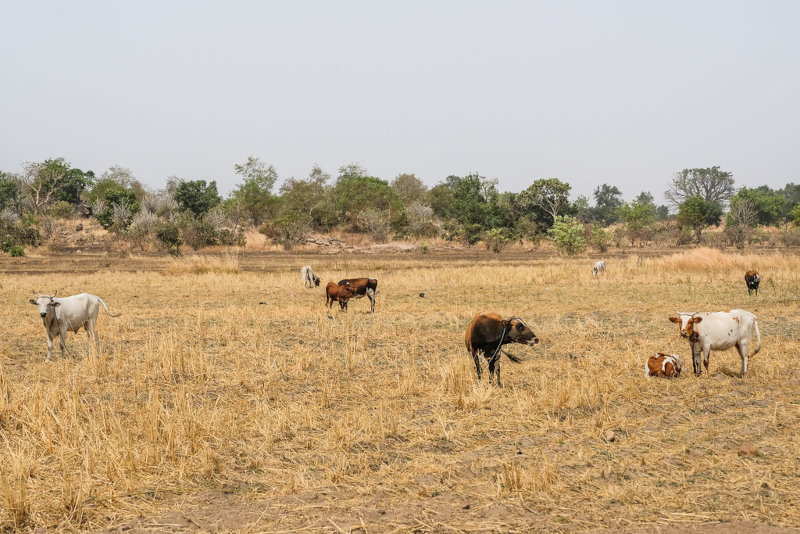 In Ghana, livestock rearing in the north of the country contributes to the income of many rural households. Owing to the severity of the dry season in this part of the country, livestock feed is a major challenge during these months for the farmers.

“Animal fodder production is definitely an avenue someone can look into,” says Abdulai A. Dasana, co-founder and COO of AMAATI Group. AMAATI, based in Tamale in the north, supports farmers in close to 50 communities with cultivating fonio on abandoned and degraded communal lands, processing these harvests into cereal and flour for both domestic and export sale.

“We have a lot of waste in the region from the production of maize and rice, for example, but no company is adding value to this and turning it into animal fodder. During the dry season, animals struggle with a lack of grazing and the owners have to travel many miles to obtain feed for them.”

The crop residue (straw and agro-waste) after the harvest is often left on the fields only to be burnt when the time comes to plant again. Various research studies have shown the hazard of uncontrolled burning of this waste, including air pollution and soil degradation.

Processing of the agro-waste would involve treating the by-product to increase its digestibility. Dasana believes the set-up cost for fodder production would be relatively low.

“I don’t believe setting up the business would be too capital intensive,” adds Dasana. “Some of the agro-waste you would even be able to get for free. It is not used at all, just left on the fields. It really could be a very lucrative business from what I see.”