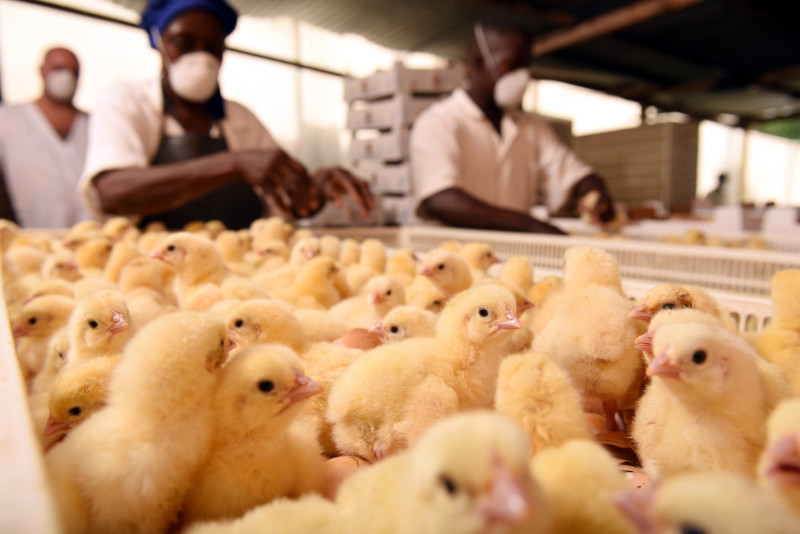 Most people in Africa consume plenty of carbohydrates and fats but they don’t eat enough protein, according to Roland Decorvet, CEO of PhilAfrica Foods. He believes poultry is the future of protein production in Africa.

“I see big opportunities in poultry … Chicken is just so much more affordable than beef. Fish is by far the cheapest source of protein but there are very few aquaculture operations in Africa that are doing well – the quality of water is an issue as well as the sensitivity of the product,” notes Decorvet.  Click here for additional insight from PhilAfrica’s CEO.

Investor Henri de Villeneuve is also bullish about the prospects for poultry, particularly in Angola and Mozambique. “Poultry is a large market and in the context of Africa, chicken is at the top of the list,” says De Villeneuve, founder of SAPA, an investment vehicle that supports the entry of European agribusiness groups into East and Southern African markets.

To be successful in poultry, he notes, producers must be integrated and control the value chain, starting with the feed. The cost of the feed often accounts for about 70% of the price of the chicken. “Secondly, don’t produce chicken for local consumption close to the sea, because you could be impacted by imports from Brazil or elsewhere. Instead, produce chicken away from the coast as high inland transport costs create a barrier to entry for competitors,” De Villeneuve explains. “It also helps to be aware of abnormal situations or gaps for increased demand. In Angola, everyone wants chicken at Christmas. They will charter 747s to import chicken to meet local demand over this period; if you know this and are ready to act, it can be a great investment opportunity.” Read the full interview with Henri de Villeneuve

In countries such as Ghana, there also appears to be potential for the production of poultry feed. Akwasi Osei-Bobie Ansah, CEO of Ghana-based Farmers Hope, believes there is an opportunity to find a formulation for a high-quality but more affordable poultry feed. The price is important, says Ansah, because the cost of feed in the poultry industry is prohibitive leading to an over-reliance on imported chicken.

His opinion is confirmed by various studies on the topic, listing the cost of broiler and hatchery feed as one of the major challenges for the industry in Ghana.

Ansah has tried his hand at formulating an alternative poultry feed concentrate, providing it to a couple of broiler farmers, who have indicated it would be a viable product. The inputs he used for his sample include two plants found in the country and the calcium from sea snail shells, also in abundant supply.

Ansah says local research into a lower-cost feed solution is urgently required to address the “astronomical rise in the price of poultry meat and feed”.