In 1978, Mary Okelo founded Makini Schools, one of Kenya’s earliest private education institutions. At the beginning of 2013 she was selected as one of the winners in the Enterprising Women of the Year awards, an annual tribute to top entrepreneurs from across the world. 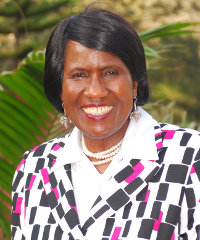 “I have [always] been very passionate about children and seeing children do well,” she told How we made it in Africa.

At the time when Okelo started Makini Schools, Kenya’s population was growing rapidly but the government was not as fast in constructing new schools to keep up with the growth.

“We saw a window there… that was an opportunity to start a school,” she said.

The school started off with eight children in a three-bedroom house and has grown to include a pre-school, primary school, secondary school and a college. Thousands of learners have since passed through Makini Schools.

Today, the scene has changed and competition has increased in the private education sector. Okelo attributes this to the growing middle class and better standards of education at private schools.

“You know the middle class in Kenya is very ambitious… there is a market to cater for,” she explained.

But despite the competition, Okelo said Makini stands out for a number of reasons.

“We are committed to excellence. We believe that every child is an achiever. So it is our duty to make sure that [every] child achieves. We nurture them in a happy, friendly environment. We also invest in technology to aid in teaching,” Okelo said.

Okelo has faced numerous challenges in business, such as the bureaucracy in government.

“They keep telling us ‘one stop shop’, but in reality you have to go to so many different departments before you finally get a licence,” she noted.

“When private schools do very well in the exams, they (government) slap us with the quota system. It is not fair, particularly for parents who have invested in us – paying higher fees than they would in public schools – then at the end of the day their children don’t get admission to national schools.”

She also bemoaned the high loan interest rates in Kenya. Okelo had in the past tried to get cheaper financing offshore, but this too was challenging because she could not get guarantees to hedge against fluctuations in the exchange rate. She recounted how in the late 1990s, Makini Schools borrowed from the World Bank in dollars because the school was offering an international course and expected to get school fees from foreign students in the form of dollars.

“But unfortunately, Kenya at that time had serious social-political concerns. There was a lot of insecurity. A Danish diplomat had been killed in Kenya and our foreign students who had applied to come couldn’t come,” she explained.

Without a hedging mechanism, Makini Schools was exposed to many risks and had to reschedule payment.

In tough times, Okelo draws strength from her faith.

She noted that school transport can also be challenging. For instance, Makini Schools operates 30 buses that transport students to school. At times, the buses get caught up in Nairobi’s notorious traffic jams, which disrupt learning at the schools.

“It is a big headache,” Okelo said.

Okelo is, however, focused on her vision of offering quality education and to nurture students who will contribute to society.

Advice to other entrepreneurs

She advises entrepreneurs to offer quality services, and to maintain the virtues of honesty and integrity. They should be risk takers, persevere during challenging times and be persistent.

Okelo also encouraged other women in business to persevere in their various ventures. She noted that the world is still skewed in favour of men. She argued that many big deals are discussed and made at golf courses and clubs, places women don’t often frequent. Some of these clubs, she added, don’t even admit women.

“We live in a fairly patriarchal system where men are still controlling everything and a lot of decisions are taken by men. Some of these men still have very negative and discriminatory attitudes towards women,” she noted.

Nonetheless, Okelo is happy that the business world is opening up for women and is optimistic that things will get better for future generations.

While doing business in Africa may still be challenging, Okelo believes now is the time to invest.

“The private sector is what will get Africa out of poverty,” said Okelo. “To wait for a perfect environment, is to lose [out on the] opportunities.”