Pirating shenanigans by Hollywood’s “Jack Sparrow” undershoot today’s high seas reality by far. Romanticised pirating portrayals do not begin to give rise to modern day pirating violence and brutality, which extends across much of the western Indian Ocean. For the global supply chain, the increased frequency of terrorism by pirates is a disruption that business can ill afford. 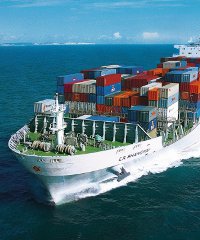 Notably, the United Nations Security Council has declared piracy a threat to international peace and security. The numbers speak volumes. Over the past ten years, a total of 160 ships and 4,000 sailors fell prey to pirating. The International Maritime Organisation (IMO) reported that “in the first half of 2011, the number of attacks off Somalia alone was up 36% year-on-year”. This translated into 70 additional attacks in just 12 months, bringing the total number of attacks in Somalia during this period to 266.

The destructive impact of piracy touches people, processes and technology – three core enablers of a functional and efficient supply chain. The Telegraph (26th May 2011) reported that “maritime trade unions have warned that their members may soon refuse to sail through the pirate ‘high risk’ area” and that “such a move would paralyse the key global shipping route through the Suez Canal, and also threaten oil supplies from the Persian Gulf”.

From a location perspective, the waters around Somalia and Nigeria are considered to be of extreme risk. Asian waters remain a further area of concern to the IMO. Consider too the symbiotic relationship between globalisation and technology, which will be adversely impacted if piracy continues and certainly if incidents continue to increase.

The IMO has also stated that it believes that the “violence of attacks and number of instances of gunfire increased significantly above 2010 levels.” For shipping companies in particular, the recent revolution-based ‘pirate mother ship’ manner of hijacking vessels presents a massive risk that could literally sink business.

Time Magazine (1-8 August 2011) published an eye opening article on piracy, revealing haunting, fearless views from ‘Fingers’, a pirate king operating on the Somali coastline. “In five years, he says, there have been two (ships captured and ransomed). The first earned him a split of $75,000 the second $280,000.” Having invested $50,000 and squandered the balance, Fingers continues to be a pirate saying, “That’s why I am still a pirate. I need the money. Besides, it’s fun.”

The article also tells of the story of the Golden Wave, a 300-ton, 85m fishing trawler with a crew of 39 Kenyans, which in 2010, on being taken hostage became a pirate mother ship for six months. Under threat of beheading, the crew was literally used as human shields to hijack tankers.

As a result of the pirating binge that continues to grow, businesses around the world need to relook routes and transportation modes in getting products to their various markets. The knock on effect strikes not only efficiencies but profitability. Time quoted risk consultancy, Geopolicity as saying, “higher insurance premiums, longer routes taken to avoid attacks and the consequent risk in prices of goods transported added up to anywhere from $4.9-billion to $8.3-billion.”

As businesses operating within and across Africa, essentially the world’s “frontier market”, the issue of piracy extends to being a reputational one for our continent. Time also reports that “pirates are increasing not just the frequency of their attacks but also their range.” It estimates the targeted area as routing 300 cargo ships daily, with 40% of global seaborne trade. “They now take ships across the Indian Ocean as far south as Mozambique, as far north as the United Arab Emirates and as far east as India,” it notes.

World trade is literally under the gun and southern Africa is not exempt from being tarnished. As a collective, business in the region must support international organisations such as the UN Security Council and IMO, contributing actively through knowledge sharing and business networks to find a solution that plugs the profitability of piracy.