How we made it in Africa interviews Dr Andrew Golding, chief executive of South African real estate agency Pam Golding. 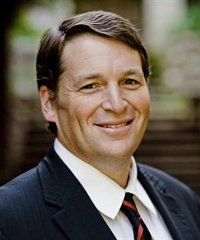 Give us a brief overview of Pam Golding’s business in the rest of the continent (outside South Africa).

We have for a number of years had representative offices in the Southern African Development Community (SADC) region, including Namibia, Mozambique, Zimbabwe, Lesotho, Swaziland, Zambia and Botswana. Furthermore, we have active businesses in the Seychelles and Mauritius and most recently, we have concluded arrangements to open offices in Nairobi, Kenya that will commence operations on 1 September.

How has business in the rest of Africa been going in recent years? Are you seeing an improvement in the overall business environment in these countries?

Business appears to have been less affected by the economic downturn in the rest of the world and more directly affected by the growth in real estate demand caused by increased international investment, especially the Chinese-led interest in Africa.

How does the real estate industry in a country like Zambia, for example, differ from your home market South Africa?

Less efficient markets due to less available market information. There is generally not the level of information on transactions as is generated by the Deeds Registries via Lightstone and others. Also, South Africa’s sophisticated Deeds Registries enable certainty on ownership, which in turn enables a mortgage based lending system in which property ownership facilitates wealth creation through efficient gearing of equity in property. Mortgage origination is absent. Suburban branch networks are few and far between. Agents travel far and cover larger areas.

Pam Golding is also active in Zimbabwe; describe your outlook for the country?

Whilst we are not able to comment on the political outlook for Zim, the real estate market has on the whole, remained remarkably resilient as a tangible store of wealth and a hedge against the huge inflation experienced until dollarisation.

Are you planning expansion into other African countries?

Yes, we are looking at the entire East Africa at present. Angola, Nigeria and Ghana have also been closely monitored over the past four years.

It has been a year since the 2010 World Cup; how did the event impact South Africa’s property market?

Our sense is that the World Cup re-focussed attention on South Africa and provided a number of people with a reason to visit the country over the past year, or in the next year or two. Foreign buyers begin as tourists to South Africa, so that was a positive result of the World Cup, in that we can expect the usual ratio of conversion of tourists into South Africa to property owners. The negatives remain a strong rand, which has seen a lot of the foreign buyer interest placed on hold pending a weakening in the rand and weaker international asset positions.