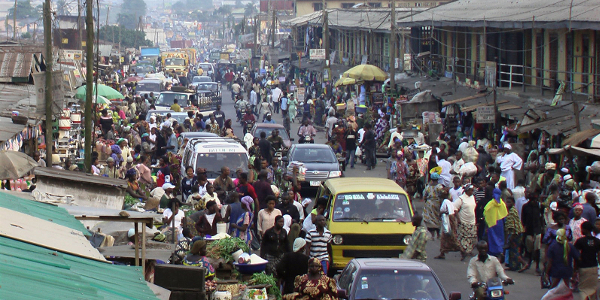 In August 1963 Martin Luther King Jr delivered his famous “I Have a Dream” speech during the March on Washington. And when King said, “I have a dream that one day this nation will rise up and live out the true meaning of its creed: We hold these truths to be self-evident; that all men are created equal”, it was a turning point in American history.

Interesting to note that at the time King made this speech, Africa was already in the midst of a massive revolution aimed at addressing inequality and oppression across the continent. Decolonisation in Africa began in 1957 and gained great momentum in the 1960s, as newly appointed African governments – reimagining Africa’s future – became passionate about a movement towards pan-Africanism. With this, on the 25 May 1963, the Organisation of African Unity (now the African Union) was formed with the following objectives:

– To promote the unity and solidarity of African states

– To defend the sovereignty of African states, their territorial integrity and their independence

Each year, 25 May is celebrated as Africa Day, commemorating the ongoing quest for unity as well as the political and economic liberation of African people. While independence certainly hasn’t led to political stability and liberation in every African country – and in some countries there is still a long way to go – this was a huge turning point in African history. Unfortunately, achieving true unity remains a challenge as Africa is made up of 55 very different countries – and all at different levels of liberation. That said, governance is progressing and, although it will take more time to navigate through all the complexities, we shouldn’t forsake any movement towards achieving the African Dream of pan-Africanism.

Today, seven of the 10 fastest-growing economies in the world are in Africa and the continent is increasingly moving more into the global limelight as a promising investment destination – despite preconceived risks of investing in turbulent times. A significant amount of the growth that is being experienced and enjoyed in key markets across Africa is as a direct result of governments being able to successfully implement far-reaching economic and political reforms, thus creating more conducive business and investment climates.

The reality is that effective governance is integral to sustainable economic development. For instance, the best way to reduce poverty is through continued economic development, where successful development and economic growth is dependent on a functioning and responsible government that wants to implement change for the benefit of its people. To put this into clearer perspective, while Africa is enjoying a continuous flow of foreign direct investment (FDI), it needs to be noted that it is domestic investment that fuels national economies, and increasing inter-African trade will make Africa more globally competitive.

While both of these aspects are well accepted throughout the continent, there are still too many barriers in the face of political will to make changes towards economic integration. These challenges, however, shouldn’t discourage Africa’s political leaders (it should be noted that it took Europe a long time to establish the European Union). What is needed is stronger economic diplomacy to look after African interests, which in the coming 15 years will likely be influenced by at least one, if not all (and simultaneously), of the following identified mega trends that are expected to have the greatest impact on governments and citizens, alike, to 2030:

Escalating birth rates and higher life expectancy are rapidly increasing the population of Africa where, according to the UNICEF Generation 2030 Africa report, the current one billion-plus populous is expected to double within the next 35 years and its under-18 population to increase by two thirds to almost one billion.

Unless governments act quickly and collaborate with private and education sectors alike, the growing population is going to significantly intensify existing challenges on creating meaningful job opportunities to address youth unemployment in each market/country. Related to unemployment levels; larger populations who will also live longer will continue to challenge social services and welfare systems.

Rise of the individual

Advances in global education, health and technology have helped empower individuals as never before, leading to increased demands for transparency and participation in government and public decision-making. These changes will continue and are ushering in a new era in human history in which, by 2022, more people will be middle-class than poor.

Information and communication technology (ICT) has transformed society in the past 30 years. A new wave of technological advances is creating novel opportunities as well as testing governments’ ability to harness their benefits to provide prudent oversight.

The interconnected global economy will see a continued increase in the levels of international trade and capital flows, but unless international conventions can be strengthened, progress and optimum economic benefits may not be realised.

Public debt is expected to operate as a significant constraint on fiscal and policy options through to 2030 and beyond. Governments’ ability to bring debt under control and find new ways of delivering public services will affect their capacity to respond to major social, economic and environmental challenges.

Emerging economies are lifting millions out of poverty while also exerting more influence in the global economy. With a rebalancing of global power, international institutions and national governments will need a greater focus on maintaining their transparency and inclusiveness.

Rising greenhouses gas emissions are causing climate change and driving a complex mix of unpredictable changes to the environment while further taxing the resilience of natural and built systems. Achieving the right combination of adaptation and mitigation policies will be difficult for most governments.

The combined pressures of population growth, economic growth and climate change will place increased stress on essential natural resources (including water, good arable land and energy). These issues will place sustainable resource management at the centre of government agendas.

The pressures of these mega trends will necessitate numerous and varied changes by African governments. Looking across the individual implications of these mega trends – both in terms of what and how governments may need to change – key themes emerge. While it is inevitable that each country will need to determine the relevance of these changes at a local level, focus should also be given to articulating and establishing common frameworks towards establishing an integrated African approach to these mega-trends.

Although there is significant potential strength and inclusive prosperity to be gained from unity and integration, to achieve this, a consolidated approach should be taken to the design of Africa’s governance architecture – and we’re not there yet. In fact, according to a paper by the South African Institute of International Affairs (SAIIA), the level of compliance and implementation of African shared values as elaborated in the norms and standards by the African Union (AU) and the Regional Economic Community (REC) organs and institutions is a key concern, as is the engagement and participation of African citizens in continental and national initiatives to strengthen and consolidate democracy.

Aimed at addressing this, the paper by the SAIIA described that the AU is currently producing a long-term development strategy, Agenda 2063, where the draft framework identifies democratic deficit and weak governance as root causes of conflict and impediments to sustainable development. With this in mind, Agenda 2063 aims to: engender equitable and people-centred growth and development; eradicate poverty; develop human capital; build social assets, infrastructure and public goods; empower women and youth; promote lasting peace and security; strengthen and develop effective, strong democratic development states; and enhance participatory and accountable governance institutions to fulfil the African Dream.

To do this successfully, incredibly strong political leadership is fundamental and essential – and a lot can be gained from remembering the path already travelled and where we are today – to influence more informed decisions. Therefore, in reimagining Africa’s future, I dream of an Africa that is transformed through transparent and integrated governance – towards a prosperous future for all Africans.

This article was first published by the World Economic Forum. Seyi Bickersteth is the chairman of KPMG Africa.