While many people on 1 January had to cope with a headache after the previous night’s festivities, Nigerians entered the new year with an additional misery. The start of 2012 marked the doubling of the pump price of petrol, from 65 naira per litre to around 140 naira, due to the Nigerian government’s decision to stop subsidising fuel. 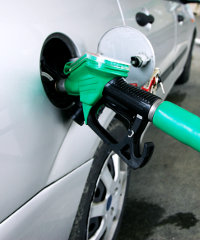 The pump price of petrol in Nigeria has more than doubled since the government stopped subsidising fuel.

On Monday 9 January, economic activities in many parts of the country came to a halt as thousands of Nigerians went on strike in protest against the scrapping of the subsidy. On Wednesday the protests were still in full swing with most banks, offices and markets shut.

The Nigerian government spent billions of dollars (around US$8 billion in 2011) every year on fuel subsidies. It now plans to use this money to improve national infrastructure, power supply, transportation, agriculture, education, healthcare, and other social services.

Central Bank of Nigeria governor Lamido Sanusi told BBC Africa that subsidies should be used for production instead of consumption. “Until we actually begin to build an economy that depends on production and promotes domestic production, rather than imported consumption, we are not even taking the first step towards development and industrialisation,” Sanusi noted.

He added that some of the subsided fuel often found its way into Nigeria’s neighbouring countries, such as Benin and Cameroon, where prices are much higher.

The central bank governor also said that a higher pump price could stimulate investment in petroleum refineries. “By capping the price on 65 naira, you have made it impossible for private investors to come in and set-up refineries. Nobody can produce and refine petroleum products and sell at 65 naira per litre.”

However, not everyone shares these views. In a joint statement, the Nigeria Labour Congress (NLC) and the Trade Union Congress (TUC), who organised the strike, said that the removal of the subsidy will lead to an increase in the costs of transport, food, drugs, schools fees and rents. They also believe that adequate public transport infrastructure should have been put in place before the removal of the subsidy.

In a country notorious for large-scale government corruption, many also doubt that the money saved will actually be used to boost infrastructure, rather than line the pockets of politicians.

In a recent opinion piece, the editors of Bloomberg wrote that “fuel subsidies are the crack cocaine of global economic development: easy to get hooked on, hard to give up”. The article further argues that fuel subsidies are “a staggering global misallocation of resources that does little to help the poor, distorts markets and pumps more greenhouse gases into our atmosphere”.

Charles Robertson, global chief economist at Renaissance Capital, believes the abolishment of the fuel subsidy is a positive development, largely because of the massive amount of money that will be saved. “The subsidy is widely believed to have benefited the wealthier (who own cars), encouraged corruption, discouraged investment in refineries and encouraged smuggling abroad.”

Robertson said the move will spur further investment into Nigeria. “If the government can hold its nerve, or only offer modest concessions, this will likely be seen as a significant step forward for Nigeria. Vested interests will have been confronted, which should encourage investors to believe further reforms may happen. For example, confidence might grow that electricity sector reforms will progress, despite vested interests that benefit from selling diesel generators. We estimate better electricity supply could free up Nigeria to grow at 10% to 11% annually instead of the 7% to 8% seen in the past decade.”

Robertson noted that most previous fuel price increases in Nigeria have been pushed through despite initial opposition and protests. Since 2000, the price of petrol has systematically increased from 11 naira per litre to 65 naira at the end of 2011.

Whether Nigerian president Goodluck Jonathan can hold out against the massive opposition this time, remains to be seen. Even Nigeria’s House of Representatives have called to amend the removal of the subsidy. Some are already predicting that the government would have to come up with some kind of compromise.

“The population would need to be convinced that the billions saved would be spent effectively,” Robertson added.