Foreign investors often cite a difference in business cultures as one of the challenges of operating in Africa. However, even local African business people need to be aware of the various cultures and attitudes within their own regions. 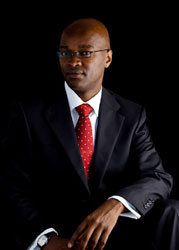 “It is interesting that even within East Africa we also have our own intercultural challenges,” explained David Kinyua, a director at Kenyan real estate group Acorn, during a panel discussion at the recent Africa Property Investment Summit in Johannesburg.

He said that while a Kenyan property company might command more respect in Tanzania if it has a foreign partner, this is not necessarily the case in Ethiopia. “If you go to a place like Tanzania as a Kenyan property developer, it is interesting that it may help if you are partnered with a South African firm. If you go to Ethiopia today with a South African, British or Australian firm it may not help you too much, because then the understanding would be, ‘look if you are an expert, then why do you have a foreign partner to boost your credentials?’.”

He said that in Rwanda and Uganda, more weight is given to the “idea” behind a proposed project, than to the individuals or companies involved.

In South Sudan, Africa’s newest country after it gained independence last year, government officials often want to feel “that you are also his friend”, Kinyua explained. “The meeting will happen in an office, but he will also have to host you for supper at his place; you will probably also have a finishing off breakfast tomorrow; and it won’t hurt if you receive him when he comes to Nairobi for a medical check-up. There is no distinction between ‘you want business from us, but you are also my friend’.”

In an earlier article published on How we made it in Africa, consultant and founder of Africa Business Review, Erika Amoako-Agyei, highlighted the difference between business cultures in Africa and the West.

“The Western need to produce quick and tangible results, for example, can clash head on with the African slower pace and longer-term outlook. The fact is, many North Americans focus on product presentation from the moment they arrive. Their interest lies in closing the deal as quickly as possible. In the time-driven cultures of North America and many parts of Europe, people pride themselves on conducting business at lightning speed and favour a quick and individual approach to decision-making. Conversely, many African firms strongly believe in tapping into the collective wisdom of the entire team, even though there is a great degree of hierarchy. The African approach to decision-making does not mean that local business people are unable to take quick decisions or get things done individually. Rather, it represents the cultural significance of consensus and consultation, which tends to guide the decision-making process in Africa’s group-oriented cultures.”

Also speaking at the Africa Property Investment Summit, Giles Pendleton, managing director of developments at South Africa’s Liberty Properties, said it is important to have a strong local partner when investing in Africa. “Having a local partner that understands the rules of the game is very important … In Nigeria we have a very good partner who has been operating in that environment for a very long time and understands how to get things done.”