In today’s era of globalisation, conducting business internationally requires cultural awareness and effective cross cultural communication skills. Yet, many executives, volunteers, and expatriates are often sent into foreign markets with little or no understanding of their host culture. 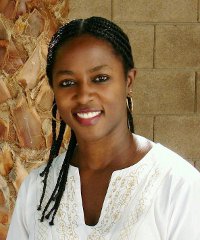 For the Western traveller, there are few destinations on earth that present more cultural differences than sub-Saharan Africa. What might be acceptable in Europe or North America may be frowned upon in Africa. Many of the goals may be the same, but the business styles and ways of communication differ greatly.

The Western need to produce quick and tangible results, for example, can clash head on with the African slower pace and longer-term outlook. Consider the case of a Western negotiator – who happened to be my colleague – brought in from the US to present a proposal to a team of African executives.

Following the presentation, a representative from the African team responded, “Thank you. We will study the proposal.” Finding the answer too vague, my colleague decided to press for something more specific: “How much time do you think you’ll need? When do you think you can get back to me? In one or two weeks? In a month?” This only made the African team uneasy as they hated to be pressed to act in a way that seemed premature. The lack of patience on my colleague’s side began to undermine his negotiation efforts and created anxiety and distrust among the African team.

By ignoring how culture impacts local business practices, my colleague inadvertently lengthened the consideration stage of the proposal and, at one point, even risked losing the interest of the other side altogether.

The fact is, many North Americans focus on product presentation from the moment they arrive. Their interest lies in closing the deal as quickly as possible. In the time-driven cultures of North America and many parts of Europe, people pride themselves on conducting business at lightning speed and favour a quick and individual approach to decision-making. Conversely, many African firms strongly believe in tapping into the collective wisdom of the entire team, even though there is a great degree of hierarchy. The African approach to decision-making does not mean that local business people are unable to take quick decisions or get things done individually. Rather, it represents the cultural significance of consensus and consultation, which tends to guide the decision-making process in Africa’s group-oriented cultures.

Because the two organisations operate so differently, North Americans feel anxious if they don’t have a specific deadline. But in dealing with a typical African organisation, it is important to remember that many more people will have to consider the proposal than would be true of a North American company. So the Westerner who resorts to the ‘hard sell’, by applying pressure to influence decision-making, will not only risk breaking the lines of communication, but could potentially cause irreparable damage and costly mistakes.