Nigeria’s telecommunications industry was the country’s biggest spender on above-the-line (ATL) advertising during 2009 with a total spend of N15.096 billion (US$100.4 million). 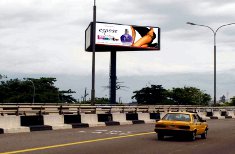 These figures are contained in the recently released Mediafacts Addendum, produced by Media Reach OMD.

ATL advertising generally includes television, radio, print and out-of-home. Cinema, direct mail and the internet are sometimes also included but does not feature in the report. With ATL advertising an agency normally contracts the broadcast time and advertising space on behalf of a client.

Mobile operator MTN was the brand that spent the most on ATL advertising with a total of N6.634bn ($44.1m). It is followed by fellow telecommunications companies, Globacom, Etisalat and Zain. Star Lager Beer is in fifth place.