People in Senegal, Mali, Ivory Coast, and Madagascar can use a service called Orange Money to send and receive money through their mobile phones. Likewise, mobile phones can be used to pay insurance premiums in Ghana and Nigeria, to prepay for electricity in Rwanda, and to undertake debit card transactions in Zambia and South Africa. And practically everybody in Kenya who owns a mobile phone has heard of M-Pesa, a mobile phone based money transfer service that has thousands of agents around the country and is doing for people in Nairobi and the Kenyan countryside what a traditional bank’s ATMs do for people in the developed world. 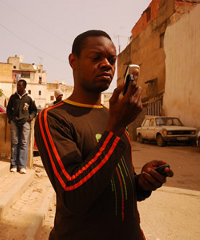 All of this activity might suggest that mobile financial services, which are embryonic in most parts of the world, have become a mature market on the African continent, particularly in sub-Saharan Africa. That’s not quite true. Although there has been a surge of mobile money use in sub-Saharan Africa – a surge that has generated a lot of interest and prompted us to write this report – even in this region, mobile money services are really just getting started.

Further, as is the case with all high-potential new markets, too many vendors are competing for what is still a small pie; almost certainly, many of these vendors will not survive.

But although the exact shape of the market remains to be determined, African banks and mobile network operators (MNOs) cannot afford to ignore mobile financial services.

A bank or MNO that isn’t active in the mobile financial service market runs the risk of becoming less and less relevant and of failing to capture the long-term value that would come from business model innovation.

Partly because of their lack of experience with traditional banks, many African consumers feel more comfortable with informal financial services. For instance, of the 40% of sub-Saharan Africans who say they save money, about half do so through savings clubs, which go by different names in different countries (stokvels in South Africa, tontines in Senegal and Ivory Coast, and chilimba, metshelo, or chamain much of East Africa). Almost all of the sub-Saharan Africans who have loans have gotten them through friends or family. The equivalent of roughly $1bn in remittances flows out of South Africa to other countries in the Southern African Development Community annually – with more than $650m of that reaching recipients through informal channels, such as private agents or family and friends travelling between locations. That is a lot of bills to count out in villages in Zimbabwe, Malawi, and Swaziland.

Rise in the number of bankable sub-Saharan Africans

Sub-Saharan Africans have many reasons to move away from these informal approaches, which are often suboptimal from an economic or security perspective. For instance, using informal agents to transfer money is certainly riskier and more expensive than using a money transfer operator such as Western Union or Bank of Africa Group. Paper currency in Africa can also be very bulky – in some cases requiring more than 50 notes to equate to a single note in US or European currency – making it inconvenient and risky to carry around. And it’s hard to see how Africans are going to avail themselves of the higher-quality goods and more comfortable lifestyles that they want without an alternative to cash and without something approaching a modern system of credit.

With the population in sub-Saharan Africa growing and becoming wealthier, the number of people aged 15 or older with an individual income of $500 or more per year will rise to more than 460 million in 2019. This trend is likely to strengthen as governments in sub-Saharan Africa increasingly focus on their education, health, and security systems – enhancing the state of well-being in their countries.

According to The Boston Consulting Group’s estimates, there will also be some 400 million unique mobile phone subscribers in 2019 and almost 150 million traditionally banked sub-Saharan Africans. That will leave some 250 million people aged 15 or older who have an income of $500 or more and a mobile phone but no traditional bank account. This gives a sense of the potential market for mobile financial services.

Although sub-Saharan Africans do not have much exposure to formal financial services, they make extensive use of mobile technology. Our analysis shows that more than half of all people in sub-Saharan Africa aged 15 or older have a mobile phone subscription – more than twice the number of people who have an account at a formal financial institution.

Considering their reliance on mobile phones and their lack of experience with formal financial institutions, it is probably no surprise that Africans are among the world’s most enthusiastic early adopters of mobile financial services. Eight of the ten countries that make the most use of mobile financial services are in Africa. Use is particularly high in sub-Saharan Africa, which is the region with the highest number of registered mobile financial-service accounts in the world (98 million as of 2012, compared with 36 million in the Middle East and North Africa; South Asia also had 36 million) and the highest proportion of active accounts (43%). Sub-Saharan Africa also has a far higher proportion of active accounts than other regions.

But when you look a little deeper, it becomes apparent that the mobile financial-service market in Africa is not as advanced as some might think. Around the world, there are roughly 200 mobile money services but only a dozen have more than 1 million users, and the mobile money market in sub-Saharan Africa is equally fragmented. (The one exception is Kenya, where a unique set of circumstances has enabled M-Pesa to reach critical mass and become the dominant service.) In most parts of sub-Saharan Africa, people pick from among a number of platforms, which are typically not interoperable (meaning that someone using one mobile wallet might not be able to send cash to someone using another, and vice versa) and which do not pay interest on, or guarantee, the money that is “deposited” in them.

Further, most of the services are led by MNOs and most of the transaction software is built atop MNO billing systems, meaning that the services lack the rudiments of mature banks’ transaction systems, including security, leaving them vulnerable to misuse and regulatory intervention as they reach more and more customers.

For the moment, sub-Saharan Africans use mobile financial services to make payments. Generally, they are urban workers sending money back to family members in rural areas or people using their phones to purchase more airtime or to prepay for electricity or water in their homes. These basic payment activities will continue to account for most of the region’s mobile money usage for the next few years. We estimate that in and of themselves, these payment activities – along with deposit income – could produce up to $1.5bn in fees for mobile financial service providers in sub-Saharan Africa in 2019.

And other new sources of revenue are likely, as Africans look for more-efficient ways to handle their financial transactions. Micro-loans are a good example of an area in which a mobile financial service could position itself as a trusted alternative, especially in places where the best current option is a local informal moneylender. Savings are another area of promise, with the selling point being the ease – and security – of being able to save by keying in a few commands on a mobile phone versus depositing money with a stokvel, tontine, or chilimba. Some sub-Saharan Africans don’t even use these community-based savings vehicles; they just keep any extra money they may have in their homes, under the proverbial mattress.

As Africans’ incomes increase, there will also be opportunities to give them access to other financial products, such as mortgages and insurance. People in Africa have traditionally spent very little on insurance, but that may be changing; a recent survey by Boston Consulting Group showed that Africans planned to increase their spending on insurance by an average of 21% in the ensuing 12 months; Ghanaians and Kenyans planned to increase their insurance spending by considerably more.

Compulsory auto insurance is one reason for the increase, but some Africans are starting to see the benefits of other forms of insurance. Express Life in Ghana, which was bought in 2013 by UK insurance giant Prudential Financial, gives Ghanaians access to health and life insurance as well as funeral coverage. The premiums can be as low as 2.6 Ghanaian cedi per month (about 70 US cents), and many customers pay the premiums using their mobile phones.

Then there is the opportunity to mine transactional data. As mobile financial services are more widely adopted, they will generate a significant amount of data that will be of use to financial institutions. The activity logs of hundreds of thousands of users in a given African country can be mined – using big data techniques – to understand what these users do with their mobile financial services and what other services they might be interested in. Financial companies can use the information that’s generated in their core processes or sell it to third parties such as credit bureaus, provided that they stay within privacy laws.

Another industry segment that could benefit from the rise of mobile financial services is retail. Daily shopping in Africa is mostly done through cash transactions at street markets and kiosks; the owners of these mom-and-pop shops end up carrying a lot of cash – and being vulnerable to theft. The driver of a truck that distributes soft drinks or confectionery products to African markets may likewise end up with a lot of cash and the same vulnerability. If these transactions could be done using a mobile financial service, the security risk would drop significantly. Mobile financial services could likewise help manufacturers of fast-moving consumer goods – and the larger retail chains that are starting to enter the African market – get a better handle on cash management and on their working capital.

This is an excerpt from Africa Blazes a Trail in Mobile Money written by Hans Kuipers, Mikaël Michiels, and Michael Seeberg and published by Boston Consulting Group.