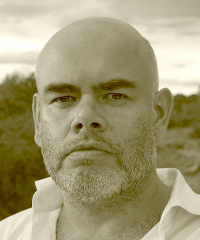 I was office junior in an advertising agency at 19. I was earning £3,000 per year which was miserable money per hour so I had to live at home with my parents. I only got the job as a favour to my father because I was unemployable. I just wasn’t very academic.

My father, because when I was 19 he wrote me off. He thought I had been completely idle all the way through my very expensive education. I had always wanted to work in advertising so when I got my first job in advertising he said I was a waster. He didn’t believe I would work really hard. So I spent the rest of my career working really hard and he spent the rest of his life worrying that I was working too hard. He was proud of me eventually.

Cash flow used to keep me awake at night until I became brilliant at managing it.

5. What are the best things about your country, Scotland?

I lived in Edinburgh for a long time and I miss the good architecture. I also miss walking. I don’t walk so much here (Kenya).

Rain. Cold. Damp. You have got very nice sunshine here most of the time.

I spent the last seven years of my life building Sandstorm and I want to spend another seven to 10 years seeing where we can take it. We have been building a solid foundation. It’s been intense and some of it hasn’t been much fun. It has been about a lot of perseverance and it would just be nice for me to continue to develop the business.

What’s that? I don’t relax. I can’t afford to be off guard. I quit drinking two and a half years ago not because I was drinking too much but because it made me too relaxed. I decided that if I wanted to do what I needed to do with the business then I couldn’t afford to relax in that way, so I stopped. Eventually I will start again, but in about two or three years when the things I want to achieve with the business have been accomplished.

For those who are starting their own businesses I would say be happy with starting small. Be absolutely brilliant at what you do. There is a culture of ‘good enough’ because of lack of competition; this you should avoid. If you are great at what you do you will always be better than the competition. So always be great. Don’t settle for second best. Pay yourself as little as possible. If you are building a business don’t take money out of it, just live on nothing. I didn’t pay myself for a year.

I think a lot of it does hinge on brands and businesses like Sandstorm. It is worrying that Africa’s growth is linked to extractives and not manufacturing where much more needs to happen. I hope that with the economic growth surrounding everything else there is going to be enough wealth created to allow brands like Sandstorm to prosper. Here in Kenya, the Kenya Association of Manufacturers does an outstanding job as an advocate for the sector, but governments have to support manufacturing and make it easier for small and medium enterprises to do business.

Mark Stephenson is the managing director of Sandstorm Kenya, a luxury bag manufacturer headquartered in Nairobi, with seven stores in Kenya and Tanzania as well as online. The company’s hand-crafted canvas and leather bags, including travel, duffle, tote and laptop bags, are aimed at the top end of the market. Originally from the UK, the former advertising professional invested in Sandstorm in 2007 and relocated to Kenya the following year. His ambition is to build the company into a world-class Kenyan brand.