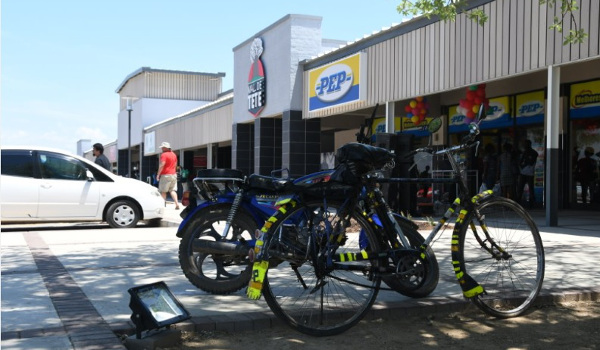 Mozambique’s economy has been in trouble since the discovery in April last year of massive government loans that were taken out without parliament’s knowledge during the previous presidential administration. The debt, worth US$1.4bn (10.7% of the country’s GDP), combined with the effect of the exchange rate depreciation, meant that Mozambique defaulted on a $59.8m coupon payment due in January. This was Africa’s first sovereign default since February 2011 when Côte d’Ivoire defaulted on $2.3bn of government bonds.

The effects have been felt across the economy and the World Bank projects growth to have nearly halved – from 6.6% in 2015 to 3.6% in 2016. And while it was not too long ago that Mozambique experienced an inflow of foreign investors and companies eager to tap into the country’s gas and coal discoveries, the bank expects FDI to also take a knock.

However, not everyone is shying away from Mozambique. Pan-African property owner Mara Delta – with assets in Mauritius, Morocco, Zambia, Nigeria and Kenya – has actually grown its Mozambican portfolio since the country’s debt crisis became apparent. In July, Mara Delta announced it would invest a further $110m to acquire an additional four properties, and complete second-phase development of its six-storey office block anchored by American oil and gas company, Anadarko, in the capital Maputo. And in December it acquired the shopping centre Mall de Tete (tenanted by Shoprite, Choppies, Woolworths, Pep and KFC) in the coal mining town of Tete. The firm is also awaiting transfer of the Vale accommodation compound in Tete. This brings the company’s total number of assets in Mozambique to seven properties – which include buildings for companies like KPMG, Vodacom and Hollard.

“You know, we are not ashamed of our Mozambican exposure, despite the macroeconomic challenges in the country. We’re actually quite comfortable with it,” CEO Bronwyn Corbett said at Mara Delta’s presentation of its half-year financial results ending 31 December 2016, according to Asset Magazine.

The company stated that, even with economic and liquidity challenges, its assets were performing in line with objectives. “Vacancies remained at zero and no bad debts have originated from the Mozambican portfolio.”

According to the company’s head of developments, Greg Pearson, Mara Delta is betting on Mozambique’s long-term prospects.

“Real estate investment is a long-term play, and we certainly remain committed to the countries we invest in. We have long leases in place and have diversified our portfolio in Mozambique significantly to manage through the economic cycle,” said Pearson, as quoted by Business Day.

“We are confident of the long-term growth prospects in Mozambique. The challenges that the country faces are not unique to emerging economies and we are continuously engaging with the Banco de Moçambique on these matters.”

The firm has also recently acquired assets in other markets, such as a logistics warehouse in Kenya, a mall in Zambia, as well as hotels in Mauritius. According to Corbett, the current economic challenges experienced by many African markets have deterred some of the firm’s competitors – allowing Mara Delta to negotiate better deals.

“We’ve been very deal hungry and it is not really around the fact that we just want to buy. The fact of the matter is we are one of the last companies still focused on Africa in terms of real estate. A lot of our counterparts have exited Africa. A lot of them have been stung in countries in west Africa. So we are actually able to negotiate hard on pricing in the market, which is a very unique position to be in,” she said.

“I don’t, however, think this will last forever. I can assure you that a lot of people are going to wake up in the next 12 months and see where South Africa is going and see there is growth in the rest of Africa.”