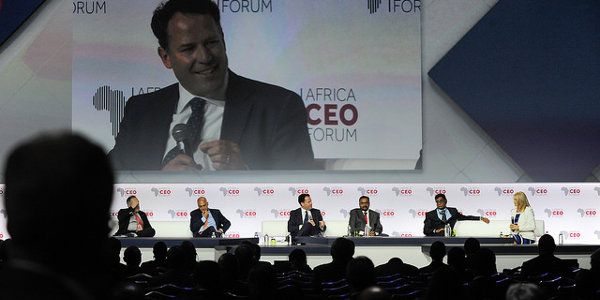 Summary report of a panel discussion at the Africa CEO Forum, held in Geneva, Switzerland on 20 and 21 March 2017.

Since the turn of the century there has been a surge in interest from multinational companies to invest in Africa. Those that have been present in the continent for decades – such as Unilever and Heineken – have bolstered their operations, and new players – like Walmart – entered for the first time, enticed by rapid economic growth, favourable demographics and improving governance. However, many multinational companies continue to import the manufacturing inputs and final products for their African operations. Most countries have their work cut out to lift the level of local content.

During a panel discussion at the 2017 Africa CEO Forum it was highlighted that across the continent, large companies are increasingly seeking local suppliers and resources. Through local sourcing, multinationals can save on import costs, preserve foreign exchange and contribute to the economic development of the continent. Simultaneously, there is a multi-billion dollar opportunity for African manufacturers to become suppliers to large international groups.

Global consumer goods giant Unilever has over a dozen factories in Africa, producing products ranging from Lipton tea to Vaseline petroleum jelly. According to Vikram Agarwal, Unilever’s Executive Vice President for Supply Chain in Africa, the company is “heavily localised” in terms of end-product manufacturing with about 90% of its volumes in Africa produced in the country where it is sold. However, when it comes to the upstream raw materials used to manufacture the finished products, only 20% is sourced in Africa. Agarwal highlighted two items – dried egg yolk (used to manufacture mayonnaise) and sorbitol (an ingredient in toothpaste) – which are currently imported, but has the potential to be made locally. By leveraging Africa’s significant agricultural resources, these and other items can be manufactured on the continent itself – for instance, dried egg yolk is a derivative of the poultry industry and sorbitol is made from starch crops such as wheat, potato and cassava. “The development of [primary] agriculture is one part, but an even more important part is the development of downstream agro-chemical industries, or food ingredient industries… otherwise Africa runs the risk of being an exporter of potatoes, rather than being an exporter of starch derivatives,” said Agarwal.

Sachen Chandaria, Chief Executive Officer of Kenya-based contract manufacturer Orbit Chemical Industries, added that “there is a very long list” of products with potential for import substitution. He gave the example of sodium sulphate, used in the manufacturing of detergents, as another item that could be made in Africa, but which Orbit currently sources from China. He emphasised the high cost involved in importing the product: Orbit pays its Chinese supplier US$50 for a tonne of sodium sulphate, but once it has landed at Orbit’s factory in Kenya, the outlay has risen to $250 per tonne because of port charges and transport costs. “The African consumption of sodium sulphate… is of the nature of hundreds of millions of tonnes per year. It is a very, very large-scale product. Yet, we don’t really have African production for this item,” said Chandaria.

The brewing industry has been particularly successful at developing local supply chains in Africa. Throughout the continent, global brewers such as AB InBev (which recently acquired SABMiller), Diageo and Heineken are working with small-scale farmers to produce crops such as sorghum and cassava which are used in beer production. In some cases, entirely new brands have been created around these locally-grown crops – such as sorghum-based Eagle Lager in Uganda and Ruut Extra in Ghana, which is made predominantly from cassava.

According to Boudewijn Haarsma, Managing Director for West and East Africa at Heineken, the company has set itself the target of having 60% of its raw materials sourced locally or regionally by 2020.

One of the territories where it is doing this is in Sierra Leone. In 2006, Sierra Leone Brewery Limited (SLBL), majority-owned by Heineken, started partially substituting imported malted barley with locally-grown sorghum. In the beginning it proved challenging to convince small-scale farmers to switch to commercial sorghum production, since the majority were focused on cultivating subsistence crops such as rice. However, today the company works with thousands of farmers in Sierra Leone, and has even introduced a new beer brand, Salone, made 100% from home-grown sorghum. The initiative has been a win-win for all parties: the farmers benefit from increased income, and Heineken saves on the costs associated with importing malted barley. 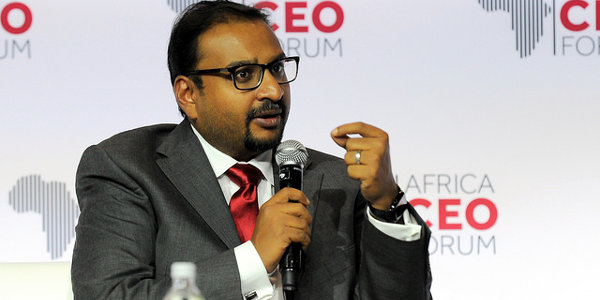 Despite the potential advantages, there are numerous challenges associated with establishing supply chains in Africa. Not all imported products are necessarily viable for local sourcing. As discussed below, success requires achieving sufficient scale, overcoming farming-related hurdles and partnerships with the public sector.

Relatively small markets are one of the main factors holding back industrial manufacturing in Africa. While the GDP of the entire continent might be roughly equal to that of India, the economies of individual countries are often too small to justify investing in a factory.

“Size of markets are important, because you cannot do business in a country of two million and put up a manufacturing facility, it just doesn’t work,” said Sajen Aswani, Chief Executive Officer of Singapore-based fast-moving consumer goods company Tolaram, which has operations in Nigeria and Ghana.

One way to overcome this obstacle is to take advantage of preferential trade agreements within regional economic blocs such as the East African Community (EAC), the Southern African Development Community (SADC) and the Economic Community of West African States (ECOWAS). An entire bloc offers a much larger market than a single country. For example, Kenya has a population of about 47 million, but the greater EAC market – which also includes Tanzania, Burundi, Rwanda, Uganda and South Sudan – is three times bigger with over 170 million people.

However, while these economic communities promise liberalised cross-border commerce, the reality is that trade agreements are often not implemented and subject to uncertainties. For instance, Vikram Agarwal from Unilever said it would be unfeasible to establish one sorbitol plant in West Africa to supply the entire region due to the trade barriers within ECOWAS.

Sachen Chandaria of Orbit also highlighted the need for scale and the removal of non-tariff barriers. “Even though [Africa] could be viewed as a huge market in totality, each of those individual [countries] are relatively small. I think I would urge governments to remember that in isolation these are not great opportunities. So the trade blocs – the work that has been done around bringing down barriers… is definitely the right direction.” 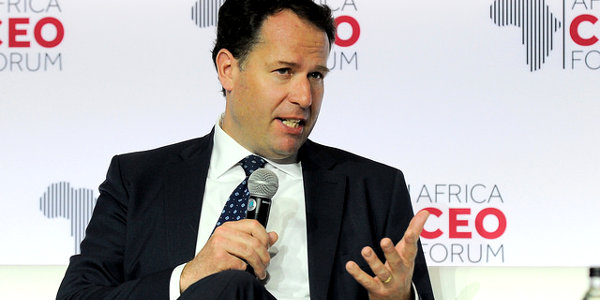 Another approach to achieve the scale that would justify a factory is to aggregate demand among the various buyers of a product, even if they are competitors. Agarwal said Unilever, for example, cannot support the local production of sorbitol on its own. “We need to find a way of coming together as industry in getting scale,” he explained.

In Ethiopia, according to Heineken’s Boudewijn Haarsma, the state is actively encouraging collaboration among competitors to develop the brewing supply chain. “The Ethiopian government, through its Agricultural Transformation Agency, has kind of forced the brewers – who every day fight for the same consumers – to get into a room in order to encourage a glass manufacturer, or a maltster to take the risk to invest in the country, because obviously [such a] company [would] want to sell to more than a single brewer… So I think this is a good example of where we can actually help each other to overcome those barriers.”

With abundant land and a favourable climate, Africa holds significant potential for the cultivation and processing of industrial crops. However, agribusiness success is often easier said than done. If each country’s unique market conditions and challenges are not properly managed, the cost of locally-produced goods can turn out to be higher than that of imports.

It was noted that for the industry to thrive, a coordinated approach from all players in the agribusiness value chain is required. Vikram Agarwal said one of the reasons for Vietnam’s success in local content is that the country didn’t only focus on primary agriculture, but simultaneously invested in the downstream industries to process crops into value-added food ingredients. “It is not just about agriculture, the whole industry has moved together,” he explained.

Inconsistent policies from African governments is impeding foreign investment into large agricultural projects, according to Sajen Aswani from Tolaram. “One day duty is 5% on rice, the next day there is a ban on rice – so you never have the visibility to invest in the longer-term horizon, so [investors] tend to be gun shy,” he explained. And those who do invest often simply export their crops – as opposed to selling it locally – to get their hands on US dollars, which have recently been scarce in countries such as Nigeria and Ethiopia.

The panellists also highlighted a number of hurdles related to working with small-scale farmers to establish local agricultural supply chains. One is that smallholders often become overdependent on the company to buy their crops. Heineken had a painful experience in Sierra Leone during the 2014-15 Ebola virus outbreak, which reduced demand for the brewer’s products and its subsequent need for sorghum from smallholders. But Heineken had to continue buying sorghum from the farmers – even though it didn’t need it – otherwise they would switch to growing other crops. At one stage the company had a year-and-a-half’s worth of sorghum in storage. “What we try to do with these supply chains is to make sure that they don’t become 100% dependent on us,” Haarsma explained. 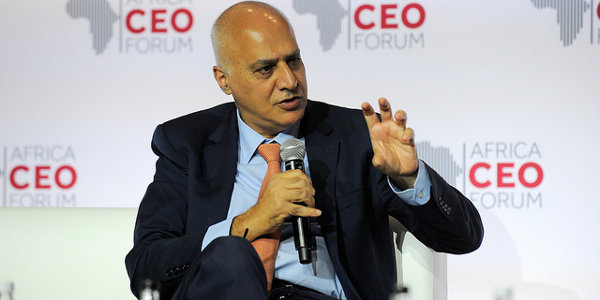 It was added that in some countries, such as Nigeria, it is difficult to organise small-scale farmers as they are highly entrepreneurial and individualistic – typically preferring to work on their own. However, according to Haarsma, it is possible to aggregate smallholders when it comes to certain activities – such as the distribution of fertiliser; the storage and collection of produce; and the provision of training – while still allowing them to keep their independence.

Boudewijn Haarsma credits Heineken’s achievements in establishing African supply chains to strong public-private partnerships. He said one of government’s key instruments to stimulate local sourcing is fiscal policy. Throughout Africa the brewing industry has negotiated lower excise rates for beer that is made with locally-produced crops. By paying less tax, brewers are able to sell these beers at reduced price points, making it affordable for low-income consumers to trade up from homebrews or illicit alcohol. This broadens the tax base as government can’t tax homebrews. All stakeholders benefit: the brewers sell more beer and contribute to economic development, while governments collect more taxes.

However, according to Haarsma, an example of government involvement that doesn’t tend to have the desired effects is the introduction of import duties in order to stimulate local industry. Rwanda is currently seeking to implement duties on a wide variety of goods, including glass bottles. In response Heineken has considered to establish a local bottling plant in Rwanda, but in the end this proved unfeasible due to insufficient scale. “The only thing that will happen is you pass that import duty increase to the consumer,” he explained.

Panellists urged governments to address the hurdles holding back the development of local sourcing initiatives – including poor infrastructure, high electricity costs and exorbitant bank lending rates. Tolaram’s Sajen Aswani commented that even though labour might be affordable in many African countries, this saving is offset by the high costs of capital and electricity. In addition there was a call for the trust deficit between government and business to be closed, and to delink economic policy from political cycles.