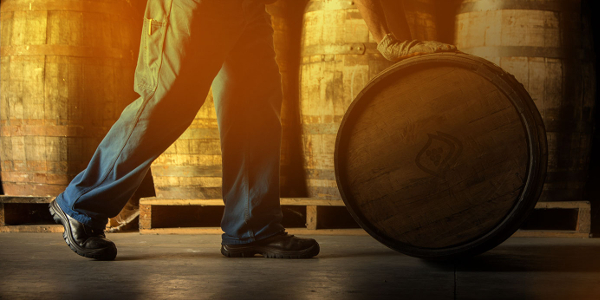 Distell credits the drop in its African sales to challenges in Angola.

South African liquor brands conglomerate Distell has reported a 14.9% drop in sale volumes in the African market (beyond South Africa, Botswana, Lesotho, Namibia and Swaziland). This translates into a 3.2% decline in revenue from the region for the year ending June 2016.

Distell credits the drop to challenges in Angola, a key market that accounts for 7.5% of its sales in Africa (outside of just South Africa). Other key markets, such as Zambia, Nigeria and Kenya, posted strong revenue growth, according to a statement released by the company.

Angola is Africa’s second-largest oil exporter and has been hard hit by the drop in oil prices – which plummeted from over US$100 a barrel in mid-2014 to record lows of about $27 in January 2016. With oil accounting for 95% of Angola’s exports, the price slump has severely reduced export revenues and broadened the current-account deficit. This has led to devaluations in its local currency (kwanza), a shortage of US dollars in the market, and a fall in consumer spending.

Other consumer-facing companies have also struggled with Angola’s challenging trading conditions. In January, a devaluation of the kwanza by the central bank saw the currency fall the most since September 2001, costing packaging giant Nampak R114m ($7.3m) for the half-year ending 31 March 2016. Nampak also publicised its struggles with getting R1.5bn (over US$96m) in profits out of Angola and Nigeria for the same period – the result of foreign currency shortages.

“It is certainly true that the commodity price slump is weighing heavily on some of the region’s largest economies, such as Angola,” Distell’s spokesperson, Dennis Matsane, told How we made it in Africa. “However, we have every confidence in the growth potential of the continent. Africa is part of our long-term strategy and we believe we have the right mix of brands to suit the continent, so our commitment to Africa remains unchanged.”

Distell’s leading brands in Angola have historically been J.C. Le Roux (sparkling wine), Esprit (fruit ale) and Savanna (cider). The company had plans for a $40m production plant. However in February this year, managing director Richard Rushton said that the company is scaling back expansion.

“We planned to build a plant with a production capacity of 400,000 hectolitres, with sufficient capacity for five years. Now we will track this back to a 100,000-hectolitre plant with capacity for 18 months, and use the proceeds to reinvest back into the plant. It’s essentially a ‘pay-as-you-go’ model,” Rushton was quoted as saying by Business Day.

According to Matsane, current growth plans remain on track in Angola, despite its fall in sales. But the company will remain cautious.

“We believe in the merits of our participation in the Angolan economy. We will, however, be more prudent in our approach going forward and work within carefully prescribed parameters,” he added.