Kenya’s media industry has witnessed exponential growth in recent years with the creation of more newspapers, magazines, radio stations and TV channels. Although many Kenyans can claim to own a small radio station, magazine or shares in a listed media house, the real kings are few. Here are the men who can truly lay claim to being media moguls in Kenya: 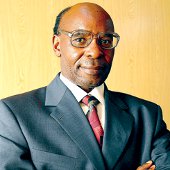 Samuel Kamau Macharia, often referred to as SK, owns Royal Media Services, a group that for a long time was associated with mediocre content, but has emerged to become popular with listeners, viewers and advertisers. The group owns the dominant TV station in Kenya – Citizen TV – and 11 radio stations.

As an astute businessman, Macharia has competed head on with the more established Nation Media Group and Standard Group. His strategy to target the common man – the low income masses in rural areas – has paid off, giving Royal Media Services massive popularity countrywide.

According to reports, Macharia was inspired to start the group after the 1992 general elections when – as a political adviser to one of the presidential candidates – he witnessed the power of radio. Their campaigns were active in urban areas, but in rural Kenya they were unheard of, given that the state-owned Kenyan Broadcasting Corporation (KBC) did not give coverage to the opposition at the time. Three weeks after the elections he applied for a radio broadcast licence, kicking off a long battle with the government.

Macharia is not new to controversy. In 2011 his estate was placed under receivership, for failing to pay a KSh.500,000 judgement sum issued many years ago that accumulated to over KSh.34 million. Last month the Communication Commission of Kenya issued a warning to broadcasters operating frequencies in certain areas without valid licences, implicating a number of Royal Media Services’ stations. 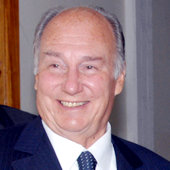 Though the Nation Media Group (NMG) is majority-owned by public shareholders, the group was founded by ‘His Highness’ the Aga Khan in 1960, who started Kenya’s Taifa and Nation newspapers to provide independent voices during the years preceding the country’s independence. He became Imam (spiritual leader) of the Shia Imami Ismaili Muslims in 1957 at the age of 20, succeeding his grandfather. The Aga Khan’s association with the NMG was institutionalised in 2003, and his shares transferred to the Aga Khan Fund for Economic Development (AKFED), making it the group’s largest shareholder.

NMG is the biggest media house in east Africa and has expanded its operations into Uganda and Tanzania and is one of the largest companies on the Nairobi Securities Exchange (NSE). The group publishes the Nation and Taifa newspapers and the regional weekly The East African. The group also runs NTV, QTV, QFM and Easy FM radio in Kenya, and NTV and KFM radio in Uganda.

The Aga Khan has spoken about his early days in the media industry, noting that at the time newly independent governments had to work with media, which had no African antecedents, even as both political leaders and journalists wrestled with massive debates about capitalism, communism and non-alignment.

“It was against this backdrop that I decided to create the first east African media group. I was 24, and had no background – whatsoever – in the media field. In Swahili I was kutia mkono gizani, or as we say in English, ‘the blind leading the blind’,” said the Aga Khan at a conference marking the 50th anniversary of the NMG. “What did we hope and predict for the group 50 years ago? We certainly aspired for its transformation from a loss-making infant enterprise to a profitable blue chip corporation, and then its transformation from a private venture into a public company.”