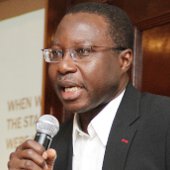 Ghanaian Patrick Quarcoo, often referred to as PQ, is the co-founder and CEO of the Radio Africa Group.

The Radio Africa Group also owns The Star newspaper, the third largest newspaper in Kenya. The paper was launched in July 2007 as the Nairobi Star, a 32-page tabloid style newspaper concentrating on human interest stories, but changed its name after it expanded distribution across the country.

The Star is arguably the most independent and outspoken newspaper in Kenya and – for this reason – has had its fair share of troubles with the government and the Media Council of Kenya, the industry regulator.

Quarcoo, who co-founded The Star in partnership with British editor William Pike, has said in the past that it was his grandmother who taught him about the significance of print media in Africa. “She had no real formal education, but she always used to say in Pidgin English ‘book no lies’,’’ said Quarcoo.

Though the group had been successful with radio, the launch of The Star catapulted it to a new level. “With radio, I was below the radar,” said Quarcoo in a 2010 interview. “Now people wake me up at 6 am to rant and rave, even about inside stories, especially on stories about state house or senior ministers.”

Before he became a media mogul, Quarcoo was a journalist reporting for a number of international media organisations, including the BBC World Service. Both Quarcoo and Pike have been associated with media houses in Uganda as well. 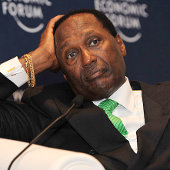 Chris Kirubi is the owner of Capital FM, a Kenyan urban music radio station, which plays a mixture of hip-hop, RnB, rock, neo-soul, new jack swing, jazz, techno, dance and Kenyan music. Capital FM is popular among the upper and middle classes of Kenyan society. Kirubi, who is also referred to as DJ CK, bought the station in 1998.

“I didn’t just want to acquire the station solely for the financial dividends it was eventually going to give me; I wanted to love the business. I wanted to understand the business from the very basics,” said Kirubi in an interview with Forbes Magazine. “So I approached the managers and told them that I wanted to host a rock radio show. I asked them to teach me how to become a disc jockey.”

Kirubi also has varied investments in manufacturing, property, and insurance.

He first started in business by buying decayed properties in Nairobi, renovating the buildings, and then re-selling them for a profit. He currently owns various residential and commercial buildings in Nairobi.

Kirubi is very active on the social media site Twitter and regularly posts comments via his handle @Ckirubi. 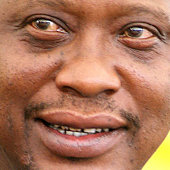 Media Max is part of TV Africa Holdings, which is owned by the Kenyatta family and bought STV from renowned journalist Hilary Ng’weno in 2007. The channel now transmits Al Jazeera.

Kenyatta was last year ranked by Forbes Magazine as the richest man in Kenya and 26th in Africa.

His other investments, together with the larger Kenyatta family, are in land, Brookside Dairies (Kenya’s largest dairy company) and a commercial bank in Nairobi.