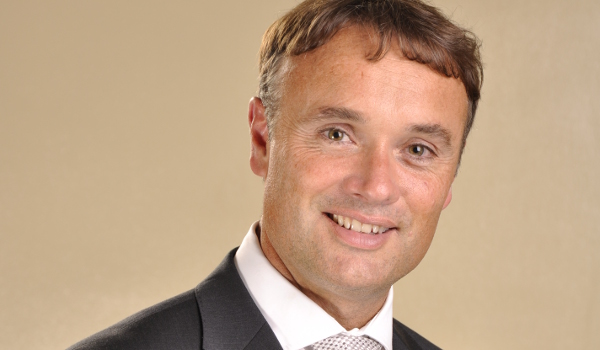 The African luxury market continues to see exponential growth, with the appetite for luxury brands and goods seeing little to no slow down, despite turbulent economic headwinds in various corners of the continent. A number of indicators point out that consumption is only likely to increase over the next 20 years, with growing numbers of luxury events across the continent, such as the Africa Luxury & Wealth Summit in South Africa, the Luxury Lifestyle Summit in Nigeria and Luxury Connect in Paris, being key indicators that both brands and consumers want a bigger piece of the extravagant pie.

Traditionally, the ability to purchase luxury goods has been linked to wealth and in Africa this rings true. It was recently revealed that Africa has 18 people on the Forbes billionaire list for 2018, out of a record 2,208 billionaires worldwide. Additionally, there were approximately 145,000 people with net assets worth US$1m or more living in Africa at the end of 2016 – with many of them under the age of 40. High-net-worth and ultra-high-net-worth individuals from Mauritius, South Africa, Ghana, Egypt, Nigeria, eSwatini and Zimbabwe all make an appearance, demonstrating the rise of the highest kind of prosperity across the continent.

However, luxury is not solely the remit of the ultra-rich. With an increasingly upwardly mobile (and mobile or smart phone owning) population, Africa presents immense opportunities for luxury brands. The working-age population in Africa is growing and by 2025, nearly two-thirds of the estimated 303 million African households will have discretionary income, according to a 2016 FMCG report by KPMG. A discretionary income they can spend on increasingly aspirational and global brands, which they are becoming aware of through online and other advertising. The rising middle class is a sector that brands should increasingly be targeting. It is also no secret that Africa has the largest and youngest population on earth, with more than 200 million of its 1.2 billion people aged between 15 and 24, according to the African Development Bank, with the youth being key trendsetters across industries.

Yet, increased household spending is not always the case across the continent as we have seen in Africa’s largest economy: South Africa. Presently, the country finds itself in a precarious economic position. Africa’s most economically advanced nation is facing an insurmountable unemployment crisis, an unsteady and fluctuating currency and increasing costs of living. It is counter-intuitive to think that in the face of such economic woes, people would have the ability to think about and purchase luxury items. Yet we have seen that there is one category that unites all citizens across demographic fault lines: luxury spirits.

One of the most significant changes in the African alcohol industry in the last few years is the progression from locally brewed drinks to branded wine, beer and spirits. This movement towards safer, better quality, formal alcoholic drinks can be translated as quality over quantity. There is a trend to drink better but less often. We have seen across the continent that even if people cannot afford luxury, they would rather save up for it than forgo it. In South Africa alone, there has been a 25-35% growth year-on-year in Diageo’s Reserve brand across all demographics.

It’s about more than the product itself

Consumption of luxury brands in Africa is directly related to status – something that is universally coveted regardless of income. In Nigeria, one of Africa’s largest luxury markets, it is culturally important to be seen buying designer items. However, people are no longer thinking about just the product itself, but rather the type and uniqueness of the experience and service the product offers. Consumers are increasingly thinking about products that offer exclusivity and challenge the status quo. In 2019 and beyond, people that really know about luxury are the ones who will recognise the experience beyond the product itself.

Scotch, which some research has shown to be viewed as outdated and not for the millennial, is undergoing a revival in the last year by tapping into a new wave of cultural significance and making consumers feel differently about the product. J&B Hive, for example is a hub for entrepreneurs – created and sponsored by J&B Scotch in the heart of South Africa’s City of Gold; focussed on embracing urban culture and fostering independent spirit. Haig Clubman is also bringing vibrancy to the category of scotch by appealing to those new to the drink. It was launched in Africa in partnership with David Beckham with the tagline #youmaketherules, challenging existing stereotypes around the spirit and appealing to a larger, younger audience. Crucially, this trend is about a thriving emerging cocktail culture which challenges the norms of how you drink spirits like Scotch. This culture is young, vibrant and evolving and goes to the heart of the experience and occasion over simply the drink.

With an increased taste for luxury spirits, has come a revolution in bar culture across the continent as well. Over the last three years, Africa has produced a string of top talent that has competed in the World Class bartending competition – an annual event designed specifically to find the world’s best bartender. Last year South African finalist Justin Short flew to Mexico to compete, while in 2016 Kenyan Samia Joan made her mark as the only African female to make the finals in Miami, Florida. This year, three African finalists have found themselves in Berlin competing on the global stage. Bartending training academies have sprung up all over Africa indicating that no longer is this simply an after-school job but rather a viable and compelling career choice.

African consumers have traditionally been heavily influenced by US and European trends but in the last year we have seen a rising tide of “Proudly African”, with innovators injecting local flavour into western products. In South Africa we’re seeing innovation at scale – the gin revolution of the last two years has seen no fewer than 75 craft distilleries springing up in the country with an emphasis on local flavours such as Cape coastal fynbos infused spirits. Echoing this trend, a craft like tequila spirit is set to explode in the next year, with producers growing their own blue Agave in the Karoo – the hot and dry climate of which is similar to its native Mexico, but its own distinct flair.

Mootee Bar is another example of the “Africanisation” of products and experiences. Having opened their doors less than a year ago, this critically acclaimed hot-spot in downtown Johannesburg has been recently rated as one of the top 10 bars in the world. Founded by world-class alumni Dom Walsh, Mootee (Mootee being a play on words of the southern African word for medicine: muti) is taking the very essence of Africa to the heart of the cocktail culture globally – from its ingredient list to its decor.

In Nigeria, Lagos Cocktail Week is in its fourth year. Although modelled on London Cocktail Week, the African event encourages participating bars to create bespoke cocktails with local ingredients and flavours such as Tiger Nut. In a developing cocktail culture scene, we expect this ode to regional tastes to be a catalyst in growing luxury spirits in West Africa.

In an ever-connected, millennial world consumers are gradually savouring not only a brand’s products, but also its ethical credentials. In the world of beverages, the agricultural supply chain is coming under scrutiny. In communities where the disparity between rich and poor are very evident, companies need to localise their supply chains and create new vertical and horizontal linkages – thus increasing the number of beneficiaries along their national value chain. The beverage industry has a responsibility to create inclusive supply chains that benefit the maximum number of people. Diageo, for example, has a target of sourcing 80% of its raw ingredients like cassava, sorghum and barley from Africa by 2020 – with a particular emphasis on supporting and encouraging female smallholder farmers.

Growth in cocktail culture, bar culture and spirits in Africa are evolving at a rapid pace. From high rollers racking up thousands of dollars in bottle service in Lagos to blue-collar workers splurging on their monthly Cîroc vodka in shebeens in Nairobi – the taste for luxury on the continent is pervasive and the hunger is set to only increase.