In 1988 a young and ambitious Kenyan entrepreneur travelled to Zambia for a regional economic forum, eager to land his first export contract. He ended up sleeping on the floor because the hotels were fully booked, and came back home with zero sales. 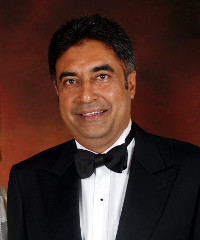 Today Jas Bedi is a key player in the textile industry running Bedi Investments, a textile mill that manufactures synthetic yarns, woven fabrics and apparel for export to the US, Europe and other African countries. He is also executive director of Fine Spinners, which spins cotton yarns and manufactures sewing threads.

That first trip to Zambia had a plus side when three months later a Zimbabwe-based executive he met at the conference phoned to order US$2,000 worth of fabric. “I was very excited because it was our first export deal,” Bedi recalls.

Although all was good in the industry at the time, Bedi was worried that without exports the company founded by his father and uncle wouldn’t survive a wave of low-cost imports. True to his fears, in the 1990s Kenya’s market was liberalised, cheap imports flooded in, and dozens of textile companies were forced to shut down.

Bedi Investments however was surviving with exports of fabric to the Zimbabwean firm. It later expanded its product line by making apparel for export to Europe from its factory in Nakuru, about 150km out of the capital Nairobi.

In the next two decades the company’s export line grew exponentially. By 2008 it was exporting 100,000 pairs of trousers per month to a US-based company. But when the global economic crises hit, the US firm went bankrupt.

“I had 800 employees, goods on a boat, and a major customer that had gone bankrupt. I lost a lot of money. I had to scale down the business. I decided to never again be exposed to only one customer and one market,” says Bedi.

He has learned many lessons in his career in textiles right from the day he started work at his father’s factory. When his father and uncle started Bedi Investments in 1972 it mainly imported fabric from the UK and made suits for sale locally. When the government placed a ban on textile imports, they faced difficulties sourcing quality and affordable fabric within Kenya.

The only option was to manufacture their own fabrics but because they knew nothing about it, they sent Bedi to a UK college to study textiles. He was to get a degree, work at a factory and bring that expertise to the family business.

Barely two years down the line, he moved back to Kenya because textile machinery had been bought and his skills were urgently needed. But despite high expectations, his first attempt at dyeing fabric was a disaster.

“I was assigned to make navy blue fabric for blazers. It not only came out purple but the fabric was also bleeding paint. I was extremely embarrassed because my father had just spent tons of cash to educate me,” he recalls.

However, he learnt a lot in years to come and has been instrumental in transforming the small family business. Bedi Investments now employs 850 people at its Nakuru factory and plans to expand this to 2,000 next year. In the Nairobi-based Fine Spinners factory he employs 600 people.

The company recently made a $40m investment in Uganda, acquiring two milling factories and signing up 6,000 cotton farmers.

Bedi talks enthusiastically about his plans to build a pan-African business with up to 10 factories in seven countries by 2025. By then Bedi Investments, he hopes, would be a billion dollar company listed on the London Stock Exchange.

He says he is driven by a “strong social agenda”. Job creation through industry, he says, will address problems in Africa that compel many people to “try to swim across the Mediterranean Sea for greener pastures”.

“I am looking to create social peace in Africa because without it we will continue to see terrorist cells springing up everywhere giving hope to jobless youth. Nobody wakes up one morning and decides to become a mugger, a terrorist or a thief. I think it is strong hunger pains. I am in a labour intensive industry which can help address some of these problems.”

Where others see challenges Bedi sees opportunities. In 1994 when the government was privatising Fine Spinners, Bedi tendered for the factory but was not successful even though he was the highest bidder. A two-year court battle resulted in an out of court settlement, and Bedi took over the factory.

However, since it had closed business during the court process, the once flourishing thread-making company was now struggling due to competition, high cost of doing business and rising cotton prices.

“Three years down the line we realised it would be impossible to survive selling thread only,” he says.

The company adopted a model similar to that of Bedi Investments by buying out some of its customers who were in the process of winding down, and became active in the entire value chain.

Bedi notes his companies have gone “up and down many hills” but his outlook has remained positive. “I never look at a problem and moan and groan. To me everything is opportunity,” he says.