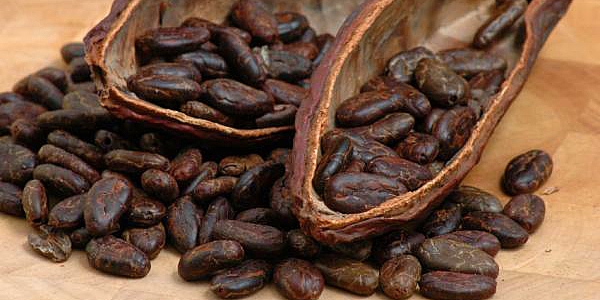 Ivory Coast is the world’s top producer of cocoa, but hardly any of it is processed into chocolate there. Instead, the cocoa is sent abroad to chocolate makers in Europe and elsewhere. This is a general problem throughout Africa – massive exports of raw materials but few finished goods.

In Abidjan, several Ivorian entrepreneurs are working to change that formula – one 100% Ivorian chocolate bar at a time.

The Ivorian flag proudly embroidered on her cook suit, chocolate maker Suzanne Kabbani is putting the latest touches on a special selection of chocolates she made ahead of the upcoming independence day.

“This year, we’re using molds shaped as a traditional mask, the national coat of arms and the CFA Franc,” Kabbani explains.

Kabbani is one of a few Ivory Coast chocolate makers, and also one of the first ones.

Ten years ago, Kabbani wanted to prove that it was possible to make high-end chocolate in Ivory Coast from local products. But it was hard to convince Ivorians it could be done.

“I started creating various flavours adapted to local tastes, to encourage the population to eat their own product,” she says.

Ginger, cashew nut, coconut – the products are locally sourced and Kabbani works with the providers to enhance the quality of their raw products, especially the cocoa beans.

Customers of La Maison du Chocolat Ivorien are mostly middle-class Ivorians and expats. Kabbani plans to open a second shop in Abidjan soon, and roll out a more affordable chocolate bar to cater to a wider customer base.

Ivorian president Alassane Ouattara has said he wants the country to process half its cocoa production by 2020, versus about 30% at the moment.

Recent billboards were put up around Abidjan to encourage consumption of Ivorian chocolate.

Young entrepreneurs, like former banker Axel Emmanuel, are also making chocolate, but learning the trade is not yet popular. Emmanuel says people falsely believe chocolate is complicated and expensive to make.

Emmanuel says they wonder, “Why make something that doesn’t interest people? Who will buy it?” He says that they prefer to make cakes, because they know they’ll sell them.

But his business is booming and he recently launched a more affordable chocolate bar that he sells in the street and claims he didn’t compromise on the quality.

“Good evening Madam, chocolate made in Ivory Coast, 200 francs,” calls out a vendor, toting an ice cooler and sporting a printed T-shirt.

At 30 US cents, the 50-gram bars have been selling fast. At a nearby café, three men at a table sit in front of a pile of chocolate they just bought for their children.

“The price is very competitive. For that chocolate bar, 200 francs, it’s very cheap,” says one man.

At a nearby table, a young man rips off the package and cracks a chocolate square.

“We want to see what chocolate made in Ivory Coast tastes like. Yes, it’s good!,” he says.

“We can feel the natural taste of cocoa, that’s good! I really like that!” adds his friend.

Emmanuel’s next bet is to raise enough money via crowdfunding to attend the Salon du Chocolat in France, and prove that Ivorian-made chocolate can rival chocolate made abroad. – VOA