Catherine Baatiyo is one of millions of South Sudanese nationals who had to flee the country during the 22-year-long civil war which ended in 2005. Baatiyo grew up in Uganda and worked with the country’s savings and credit cooperative organisations. 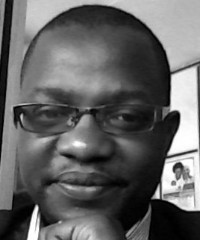 When the conflict ended, Baatiyo says, many people returned home to South Sudan to find a nation ravaged by poverty and illiteracy.

In 2009, she co-founded the Small and Medium Entrepreneurship Capacity Building Consult South Sudan (SMECOSS), with the goal to empower small businesses and improve literacy levels.

An initiative of six South Sudanese professionals, SMECOSS offers a wide range of services including research, media and advertising services and capacity building for local entrepreneurs in eight states. It also teaches computer and English language skills to young people.

“We wanted to be at the heart of community transformation in South Sudan,” says Baatiyo.

“If the capacity of these people is not built, then peace will not be sustainable,” says Kambona. “We noticed that people would produce food in a particular region, but only a few kilometres away somebody is starving to death. So we figured if we could help the people connect and empower them economically some of these problems would be solved.”

Kambona explains that there are immense challenges to doing business in South Sudan, but adds that “it is an exciting market to be in”.

After gaining independence in 2011, investors flocked to South Sudan seeking opportunities. However, the country’s image as a hot investment destination was shattered on December 15 2013 when the capital Juba descended into chaos after President Salva Kiir accused former vice president Riek Machar of attempting a coup, leading to intense fighting among supporters of the two leaders.

Doing business in South Sudan is worth the trouble

Even as infighting continues in parts of the country despite a January truce, Kambona argues that investors should not write off South Sudan just yet.

“Go in, but go in having assessed your risk. There are places which are too dangerous to invest in because of conflict. But please understand that the state of South Sudan now is not a state of war, it is a conflict. We have micro-conflicts which sometimes boil up… you [also] have regions which are virtually peaceful.”

South Sudan is not for the faint of heart

However, Kambona warns investors not to expect an easy ride.

“It is not for the faint-hearted. You have to be a person who sees high risk but also has the ability to creatively look at the solutions.”

Kambona advises investors to adopt a business model that encompasses affordability, accessibility and is people-centric.

“It is hard to do business in South Sudan, but it is worth the effort. The thing is in every market, however different from the other, there are strategies that work,” he says. “The strategy you require in South Sudan is one that empowers the community. They love it. They will see the value in what you are doing.”

Kambona explains that during the recent conflict, none of SMECOSS’s assets were damaged due to its good relationships with local communities.

“Even in Bor [where there was heavy fighting] no property of ours was touched because what we do is relevant to the society. It empowers local businesses and creates jobs for locals.”

He advises that investors should also tap into the best of the local talent and form partnerships with the international community and local organisations.

“We only employ good brains. On staff, we choose the best and we have no apologies on that because we want to give the best.”

Kambona laments that the “security risks” in South Sudan make it very difficult for SMECOSS to attract talent.

“Most professionals don’t want to work in such an environment. It definitely takes a strong heart to decide to work in South Sudan. Most of our staff are therefore people who are committed to improve the country and they have to make certain sacrifices.”

He adds that the lack of adequate financial resources to meet the immense needs on the ground is also a big challenge.

There is money everywhere

Despite these hurdles, Kambona notes that South Sudan holds potential in various sectors, including agriculture, banking and telecommunications.

“Recently we trained over 300 businesspeople and the course was structured in a way that, at the end of training, they opened bank accounts. They are now able to access banking services and no longer have to keep money under their beds.”

He points out that resources are underutilised in South Sudan and the “internal economy is virtually stagnant”.

“That is where the money lies. For instance, if you build the capacity of a farmer… you will get a market because there is hunger in South Sudan. The crop is bought even before it matures because land is underutilised.

“It is actually not an issues of ‘where is the money’. It is an issue of where do you choose to make your money. There is money everywhere, but you have to dirty your hands. When you invest in the people first, the returns are guaranteed. But when you go for the returns first, your investment is at risk.”