Many business people continue to see food production as a lucrative opportunity in Africa. 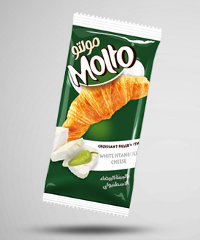 Earlier this week, UK-based private equity firm Actis announced that it has invested US$102 million into Edita Food Industries, a snack food business based in Egypt.

Edita’s brands include Molto, Todo and Bake Rolz. The company is said to be the largest independent snack food business in North Africa and apparently sells around 2.5 billion pieces of croissants, cakes and wafers per year at an average price point of 10 US cents.

It also doesn’t appear that the Arab Spring had much of an impact on Edita’s performance over the past years. According to an emailed statement by Actis, Edita’s revenues grew by an average of 21% per annum since 2009.

“With a young and growing population, rising middle class and changing lifestyles, there is a strong appetite for quality, branded snack foods; even in difficult times, consumers want affordable and easy-to-eat treats,” said Actis.

Food – an opportunity to tap into Africa’s consumer growth

At the end of last year private equity firm Silk Invest noted that the food industry is the most obvious way to tap into increasing spending power in Africa.

The firm manages the Silk African Food Fund, which is a private equity fund that invests in processed food, beverages and quick-service restaurant companies on the continent. The fund has so far invested in a confectionary company in Egypt, a quick service restaurant brand in Nigeria, and a biscuit manufacturer in Ethiopia.

Last week The Abraaj Group, a private equity firm with operations across the world, announced that it will acquire a 100% stake in Fan Milk International, one of West Africa’s largest dairy companies. Established in Ghana more than 50 years ago, Fan Milk is today one of West Africa’s top producers and distributors of frozen dairy products and juices. In addition to Ghana, the company also operates subsidiaries in Nigeria, Ivory Coast, Burkina Faso, Togo and Benin. It is estimated that Fan Milk currently sells more than 1.8 million products on a daily basis throughout West Africa.

Towards the end of 2012, South African consumer goods giant Tiger Brands bought a majority stake in Dangote Flour Mills (DFM), one of Nigeria’s largest flour and pasta producers. In addition to Nigeria, Tiger Brands also has operations in Cameroon, Ethiopia, Kenya and Zimbabwe.

Thushen Govender, head of business development at Tiger Brands, has said in an interview that when deciding where to invest, Tiger Brands first performs an analysis of African countries by assessing the socio-economic environment, consumer-driven factors, GDP, GDP per capita, population, etc.

“Countries such as Nigeria feature quite highly given their improving macro and socio-economic conditions. Egypt and Ethiopia will feature highly because of their populations, and this is of importance to consumer-driven organisations over the medium to longer term. If one were to consider growth alone, Angola, Ethiopia, and Nigeria would all feature highly,” he said.