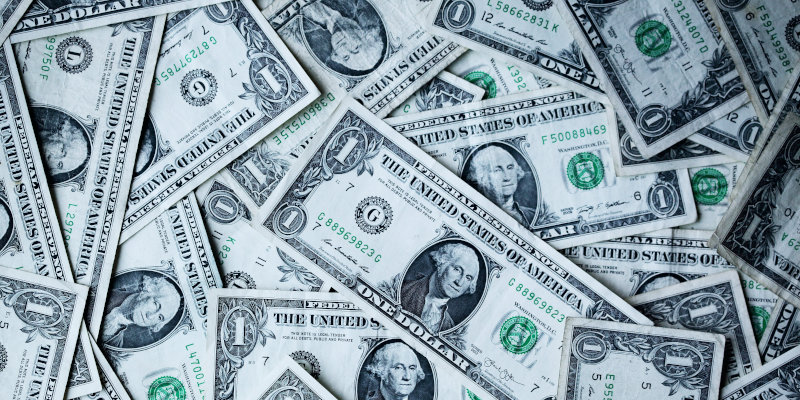 When closing the year 2019, we positively looked back at the four previous years. End 2015 the concept for Africa Tech Ventures (ATV) was born. Based on our previous experience investing from several small funds in early-stage, fast-growing, impactful companies in Africa, we saw the need for a larger-sized $30 million to $50 million fund which would be able to invest from seed stage up to series B and play a catalytic role in the African start-up ecosystem.

Most of 2016 we spent pre-marketing and designing the fund, and every following year we re-evaluated our positioning – what had changed, which funds had entered the market – and asked entrepreneurs where their needs and challenges were, and if ATV would be solving them. This being answered positively up to this day, we slowly but steadily started to stack up commitments to ATV.

When starting a fund, just like when starting a business, you expect this to take time. But mostly you underestimate just how much time. When we spoke with the founders of a later-stage VC fund for Africa, who took over five years to get to first close, we thought, “they were too early, investors were not ready for a VC fund in Africa. The time is right now, we should be able to do this quicker.”

What we realised later is that, a) we were too early as well, b) to get to a scalable fund you need larger investors and the only larger investors in Africa with a risk appetite are development finance institutions (DFIs). And c) DFIs take a long time before investing.

In 2017 we signed up our anchor investor the European Investment Bank (EIB) for €10 million, of which $7.5 million was available for a first close at $30 million. They, like most investors, don’t want to be more than 20-25% of total fund commitment.

EIB has been a fantastic anchor, organising many workshops for other DFIs explaining the need for VC funds in Africa and explaining how VC differs from private equity (PE).

EIB also brought in the European Union, which was working on a facility to provide guarantees to DFIs investing into VC funds, being too risky for most DFIs to do straight from their balance sheets.

The EU took some time to design this facility and be ready for deployment. In the meantime, the DFIs could take their time to build a strategy to invest into VC funds in emerging markets. We realised that this likely would take about a year and mid-2017 we hit the pause button.

Mid-2018 we restarted fundraising, which resulted in the African Development Bank (AfDB) committing $7.5 million end of that year, after a thorough due diligence which made us ready for any question on our track record, impact, ESG, gender balance and team dynamics.

Most other DFIs by that time had their strategy to invest in VCs ready and started to deploy, indicating that they would invest in around one VC fund a year, and most of them initially focused on later-stage VC funds, which was perceived as lower risk. Our focus on seed to early-stage put us in the high-risk bracket. So “you’re on our top five list, let’s talk in a year for now” became an often-heard sentence.

Early 2019 Safaricom approached us. We had managed their pilot corporate venture fund Safaricom Spark between 2015-2017, and they were ready for Spark II. Could we play a role, possibly in partnership with ATV? We believed this partnership with a strong local corporate player could strengthen our pitch to DFIs.

All DFIs in our pipeline liked the idea and asked us to come back once we had an agreement with Safaricom. By then we had come to accept that signing up a new investor would probably take about a year, and that our pace was to sign up one large investor a year. So if that trend would continue, we would be able to get to a first close in 2020!

Why not start small?

A quick explanation here on why we did not just take the EIB and AFDB money and start investing.

First, both commitments were given provided we would reach a certain “minimum viable” fund size of $30 million. Below this size, we would not be able to build and incentivise the team required to manage a fund that would be able to invest in around 15 startups, manage these investments for around seven years, and then within ten years exit all these investments with a good return.

Secondly, our own experience had taught us that with a small fund, you cannot invest sufficiently into the startups.

Ideally you want to invest up to $5 million in those companies that do well. Some don’t make it. On average you will then end up investing $2.5 million per start-up (across a couple of investment rounds). Adding the costs to run the fund… you come to $30 million.

When you manage a small $10 million fund, which also has a ten-year life, you will commit yourself for ten years to a) not be able to provide enough funding to the startups, causing them to either not reach such stage where they are able to attract other investors or in case they do, you risk being diluted, and b) work on a low salary. This strategy is great to gain track record, but not maintainable for the long term.

A tough decision, with tougher times ahead

At the end of 2019 we had agreed on our partnership with Safaricom (which we signed early 2020). The agreement is to bring deals to Spark II, while Safaricom will do their own portfolio management.

The DFIs we had been engaging with for several years now had done one or two investments into later-stage VC funds, and indicated that in 2020 they might consider an early-stage focused fund, either because their risk appetite had increased, or they had received some risk mitigation from the EU or their governments. We started to move higher on the top five lists.

Then early 2020, just before the first Covid-19 case appeared in Europe, some DFIs started hinting that they would not invest this year. Either the risk mitigation was not in place after all, or they realised that we were too competitive with the later-stage funds they already were invested in. As startups need early-stage capital to grow to a later-stage deal, and this early-stage capital being scarce, the later-stage funds were forced to consider earlier-stage deals, thus were entering into “our” space. Although this was good news for the startups, for us it was reason to reconsider our options and to inform our investors that we would no longer continue ATV in the envisioned way.

A month later Covid-19 started to spread globally and entered into Africa. Investments into early-stage startups have dried up almost completely, everywhere. Like most investors, we don’t know how the world will look like once this is over, and what role we can play. We have started our work for Safaricom, which has $5 million available to invest into education, agriculture and healthcare start-ups, which now is needed more than ever.

So before we forget the past and whilst living in the confusing present with uncertain times ahead, we wanted to share some lessons learnt in these past four years of fundraising.

Besides the mentioned tactics, those fund managers that have track record, have invested in many winning companies, have exited them successfully as well, and thus have been able to return 2-3x money to their investors, should be able to raise funds successfully. However, as the VC industry is still in its infancy, this kind of track record is very scarce.

The current crisis brings the industry closer together. Let’s find clever ways of joining forces and mobilise the required funds for the African tech scene to survive and thrive.

[November 2019] ‘As an investment destination, sub-Saharan Africa is a marathon, not a sprint’
[August 2019] Private equity investor talks restaurants, Jumia and keeping an open mind
[June 2019] Due Diligence: Investors have barely scratched the surface of Africa’s food and agri opportunities
[January 2019] Due Diligence: AfricInvest fund head shares why he shies away from turnarounds
[October 2019] VC in Africa the opposite of Patagonia vests, Blue Bottle coffee and Burning Man