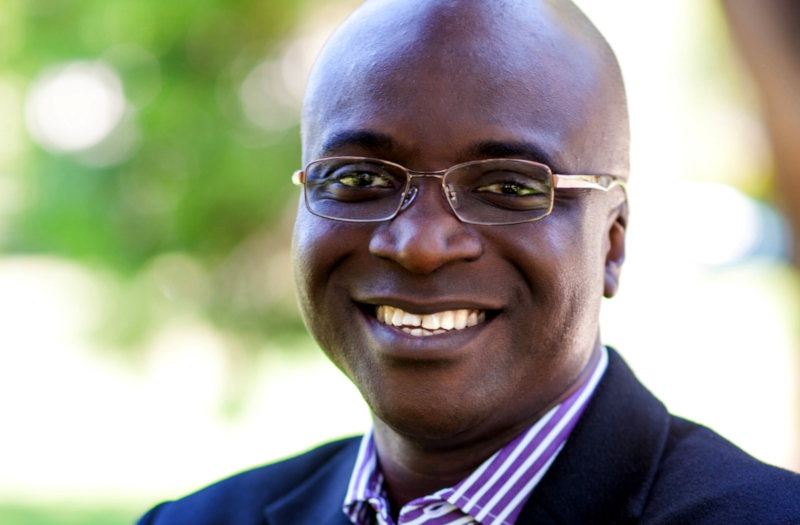 How we made it in Africa’s ‘Due Diligence’ series asks top players in Africa’s private equity industry about how they are mastering the art and science of profitable dealmaking and fundraising. Doing the due diligence on those who do due diligence for a living.

EchoVC Partners is a seed and early-stage investment firm focused on backing tech-enabled companies in sub-Saharan Africa. The firm was founded by managing general partner Eghosa Omoigui. Prior to establishing EchoVC, Omoigui worked for Intel Capital, one of the world’s largest corporate venture capital (VC) firms. How we made it in Africa asked Omoigui about his firm’s investment philosophy and the untapped opportunities for VC investors in Africa. Here are slightly edited excerpts.

We are focused on tech and tech-enabled companies that fit within one of our four investment theses. The first thesis is what we call ‘organising the offline’. We think companies that can successfully operate within and across African countries are those that truly understand their local markets, and can help organise them because almost all these markets are still offline. We firmly believe in the concept of iceberg microeconomies i.e., that 99% of these ‘real’ economies sit below the surface and mapping and navigating them in 3D is a pre-requisite to winning. These business models are defensible because while someone sitting in San Francisco or London might be able to write better code, the local insight is something that needs to be acquired by operating on the ground in Africa. It requires experience, expertise, relationships and networks. An example of such an investment is Cars45, which runs a marketplace for Nigeria’s automotive sector. The used car sector in Nigeria is about $10-12 billion per year but it has always been very fragmented. Before Cars45, there wasn’t a platform that created that trust within the ecosystem by organising the dealers and the consumers.

The second thesis is ‘fragility’. African consumers and SMEs are incredibly fragile. The kind of stuff they have a tough time dealing with is exacerbated by the lack of infrastructure. We are looking for companies that can create antifragility and resiliency to consumers and SMEs. An example of this is a company called Lifebank, which delivers blood to hospitals across parts of Nigeria. In a first-world country, it is never an issue that there won’t be any blood at a hospital. But in many African markets, this is not the case. Oftentimes, Lifebank is literally the difference between life and death.

We have a third leg called ‘lift’, which focuses on investments that allow people to improve their economic circumstances. An investment that ties in with this thesis is Kukua, an early-age education platform that empowers children to learn through engaging experiences at the intersection of technology and entertainment.

And then the fourth thesis is ‘lubricants’. It recognises that in many sub-markets within Africa, friction is a standard mode of life on a daily basis. We are therefore investing in companies with products or services that act as lubricants to mitigate or eliminate friction. This could be anything from connectivity to improved logistics to financial inclusion. Investments that fit into this bucket include digital payments company Cellulant, transport data provider Ma3Route, and Easyshop Easycook, which is a Nigeria-based farm- to last-mile fresh produce play.

What is the greatest investment lesson you’ve learnt?

In terms of investing in Africa, an important lesson was that I had to unlearn everything I knew from investing in American, European and Asian markets. In my view, the path to successful investing in Africa is that every opportunity has to be analysed from the bottom up. Everything you do top-down is likely going to lead to significant judgement errors. We’ve found that a key advantage in a bottom-up approach is that as a founder or investor, you get a high-resolution understanding of the job to be done, the customer to be served, the share of wallet to be earned and the moat to be protected. The resulting market may be smaller than hoped but there are plenty of riches in niches.

Prior to focusing on Africa, the greatest investment lesson I picked up at Intel Capital was that innovation happens everywhere. People can build large tech-enabled businesses anywhere in the world.

Identify an untapped opportunity for VC investors in Africa.

I’m surprised that we don’t have more quality entrepreneurs focusing on education. We like sectors with 100% addressable markets – in other words, products and services which are in demand by everyone in the world, nearly every day of the week. Those sectors are education, health and agriculture. It feels like a lot of the entrepreneurs are consumed by fintech, which I don’t get. With fintech you are chasing margins of 1.5% or so before invisible hands start to share, whereas, with education, agriculture and healthcare, the margins can be 20-30% or even greater.

What is the biggest misconception about your job?

People think VC in Africa is just like VC in Silicon Valley: you walk around with a Patagonia vest, in Allbirds shoes, wearing Warby Parker glasses, hitting Barry’s Bootcamp and Burning Man and then go drink coffee at Blue Bottle, before going on to a conference stage to speak about huge deals, huge rounds and huge valuations. Venture capital in Africa is precisely the opposite. There is a lot of grind involved; it is much harder than it looks. In American football parlance, three yards and a cloud of dust. In Africa, we don’t have enough of anything. We don’t have enough high-quality entrepreneurs, we don’t have enough talented startup people and product managers, we don’t have enough fund managers. But what we do have is an incredible amount of opportunity anchored by a growing young population.

Another one is that we have never gotten credit for building the next generation of technology VC investors on the continent. My job is investing in people, internally and externally, every day.

Name the one deal you wish you invested in.

The reason I eventually left Intel Capital was because in a period of about two years I sourced and won potential investments in Facebook, LinkedIn and Pandora. But the investment committee never approved any of those deals. I think right now, when I do the math, it ends up being something around $60 billion in missed gains.

What are the skills needed to succeed in Africa’s VC industry?

We see more and more people trying to get into venture capital. Despite everything you read, to be consistently good over a long time as a VC takes a lot of practice. It is a very apprenticeship-driven business. People who’ve done one deal and made good money often then view themselves as skilled investors. But venture capital is measured over a 10 year period, it is not measured over two years. We absolutely need more long game fund managers, but before you get fund managers, you need consistently good investors, and that takes time. Arbitrageurs often have a short lifespan and the timeline here is much longer than one expects.

The transition from being an investor to a fund manager is not trivial. People think it is the same thing but it is not. African venture capital is becoming increasingly interesting for limited partners. But prospective fund managers need to take their time, start small and learn. Otherwise they will blow up the gains that have been made and set back the entire ecosystem. In an up economy, everybody is a genius investor. But the biggest wins have come when investors stepped up during periods of fear and uncertainty.