Innovation and technology hubs have been springing up across the continent in recent years. From Hive Colab in Uganda, to iHub in Kenya and to kLab in Rwanda, these ICT hubs were founded in an effort to catalyse tech and innovation by establishing a common space for knowledge transfer and resource sharing for Africa’s aspiring and tech savvy entrepreneurs. 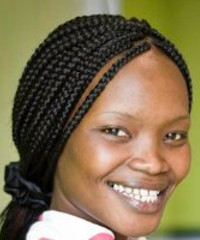 According to Hilda Moraa, a senior researcher at iHub in Kenya who spoke at the AfricaCom conference in South Africa last month, the hubs are growing at a tremendous rate. “Currently we have more than 90 hubs in Africa and the number just keeps on growing. According to the latest statistics that I saw, in every two weeks there is a new hub starting in Africa. And what does that mean? Are we saying that this is the best way to build entrepreneurship and youth development in Africa?”

An ICT hub, said Moraa, is a co-working space where tech-orientated individuals congregate to network, share ideas, work, programme and design. She described these hubs as being pre-incubators of entrepreneurial ideas.

However, because these innovation hubs are relatively new on the continent, it is difficult to tell yet if they are successful in their goal of preparing and turning out techpreneurs and commercial business ideas.

“We have been conducting a research study to understand clearly how these hubs work and who is actually doing the right thing; we don’t know because most of them are in their early stages,” explained Moraa. “So it’s very difficult to know who is doing the right thing, who has the best model to scale, who has the best sustainability practices in place that other hubs can [use as a tool kit to grow].”

According to Moraa, the most important thing Africa’s innovation hubs can do is collaborate and learn from each other.

Many of these hubs share common challenges – such as limited resources, reliance on funding by donors and governance struggles – and while they might have different governance structures and membership models, it is necessary for them to share their successes and failures.

Moraa said it became clear from her research that most of these hubs, if not all, where looking for more partnerships with both public and private institutions, such as mobile operators and local universities who could, for example, provide market research. She added that they also need the support of government to provide research and development, as well as monitoring and evaluation programmes.

Collaboration between the different hubs is also needed to share ideas on engaging hub members. Networking events and competitions are ways of keeping members involved and inspired, while inter-hub member exchanges can allow members of various hubs in other countries to connect and share knowledge with each other.

“The road to success of these hubs is really going to be a long journey and no one up to now really knows how to do it… Most of these hubs are in the early stages and I think that the most important thing is for them to realise that they need to work with other people to build sustainable models as well as be at the centre of helping the entrepreneurs build their ventures,” added Moraa. “Because if the entrepreneur is not successful then automatically the hub is not successful.”