Just a few hours before I sat down for an interview with Kola Olajide, his company Funda signed a US$100,000 deal with a top university in South Africa. 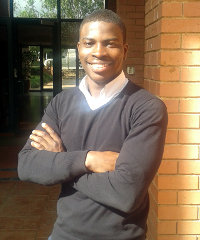 Funda, which means “to learn” in Zulu, provides electronic learning management systems and content development for tertiary institutions and corporates. Since its launch in 2009, the company has already landed a number of big-name clients and received a few awards. This recent deal however, remains an important one for the five young founding partners – Olajide is 22, and all the other founders are under the age of 25.

Olajide is originally from Nigeria, but came to South Africa five years ago to study. It was around this time that he and Kumbirai Gundani first started working on learning management systems. The duo’s mentor knew of another company that was working on a similar project, and suggested the two groups join forces to form Funda. Today Olajide is the lead engineer at the company, while Gundani is responsible for business development.

The company started out by creating online learning management systems for schools. Curriculum specific resources are sent to teachers and students in high schools on their mobile phones and computers.

Funda has since extended its reach to tertiary institutions and private companies. It allows universities to put their short courses online, enabling students throughout the world to complete university-accredited courses in areas ranging from project management to plumbing.

“You have proof to show your employer that you’ve actually done an online course from a prestigious university,” says Olajide.

Another lucrative market for Funda is corporate training programmes. The idea is that companies don’t have to send their employees on expensive training courses, instead allowing them to complete training online. Funda’s team of animators transform existing PDF-based training materials into interactive and engaging content.

Olajide says credibility was the company’s biggest challenge when first starting out. “Credibility was a big problem, because we were young and big companies were not willing to take the risk.”

He explains that Funda managed to overcome this challenge by always conducting itself in a very professional manner. “When we go meet with prospective clients, we actually request an opportunity to demonstrate our technical know-how.”

Funda’s formative years were spent with the support of a startup incubator in Cape Town. The company has since moved to its own premises, a move Olajide says was necessary to project a professional image.

Funda has also raked in a number of awards which helped it gain credibility in the marketplace. In 2012 it won a United Nations award for best technology for contributing to the Millennium Development Goals for Education. Last year it was also the runner-up in the SAB Foundation’s Annual Social Innovation Awards, taking home a cheque of about $50,000.

This year Olajide was one of the 12 finalists in the Anzisha Prize, a youth entrepreneurship competition. He says the entrepreneurial leadership course that all finalists go through in the week leading up to the awards night has helped him tremendously. “Also the networking opportunities provided over the one week were wonderful. Right now I’m in contact with the Silicon Valley Community Foundation who is interested in what we are doing. All this wouldn’t have been possible without the Anzisha Prize.”

Olajide says much of Funda’s future growth prospects lie in the rest of the continent. “We are planning to expand into countries such as Nigeria, Kenya and Ghana. Another move we are looking at is institutions in Africa to start serving courses from universities in the US. So we are looking at different models around that, but that’s for the future. We want business schools to offer online courses using Funda, so that is our focus for the next three to four years.”

The Anzisha Prize is the premier award for African entrepreneurs aged 15-22 who have developed and implemented innovative businesses or solutions that have a positive impact on their communities. Follow the Anzisha Prize on Twitter, Facebook and YouTube.