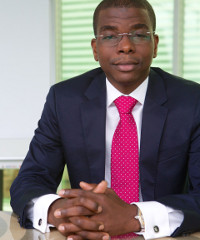 In the second of our two-part interview with Poulson, How we made it in Africa asks him about the opportunities in Angola’s economy and what SMEs can do to attract VC investment.

FACRA invests in Angolan small and medium enterprises (SMEs) to help them grow their businesses. In which sectors of Angola’s economy do you see the greatest opportunities?

Government priorities include the building of schools and hospitals, affordable housing, roads, electricity and providing access to clean water. Whilst public money will continue to pay for such developments, the government is also keen to attract foreign investors to help support the pace of development. These large-scale projects are a critical component in the nation’s drive towards economic diversification.

Whilst infrastructure development remains a core focus of the government, it is also taking significant steps to build other high growth non-oil sectors. Subsequently, the government is clearly offering attractive investment incentives not only in infrastructure but for organisations that can help build non-oil sectors such as agriculture, biotech, healthcare and education.

Technology is a rapidly growing consumer sector and there is a growing appetite for high-end consumer products such as smartphones and it is one of the key sectors FACRA is keen to invest in. It is a major employer in the country and there are significant opportunities to invest in this sector. Angola launched 4G networks in 2012 and mobile penetration is more than 50%. Currently very little development takes place inside Angola, yet the increasingly educated and tech-savvy young generation (more than 50% of the population is under the age of twenty) is hungry for technology. Also, bear in mind that Angola’s population is mostly concentrated in large conurbations such as the areas around Luanda (7m) that include places like Lubango or Benguela. Young technology companies seeking capital investment inside Angola in these sectors would be attractive propositions, as would international companies looking for a way to enter the market.

Another important sector is the banking industry which is also experiencing growth, as is the entire financial services industry. As an example, Standard Bank, which is a significant South African financial services provider, has begun opening several banking agencies in various provinces in the country.

Give us examples of companies you have invested in so far.

So far we have invested in a range of small and medium sized projects that include a mobile payments operator, a call centre, an integrated food processing unit and a micro-investment in a bakery project.

You are currently also targeting European businesses looking to invest in Angola, tell us more about this.

The fund’s primary goal is to work with organisations that have a potential to drive innovation and job creation in Angola, supporting the government’s objectives towards economic diversification and the development of a high-skill economy.

In addition to providing capital, FACRA is able to work with external organisations to help them navigate the Angolan business landscape. It can advise on market regulations and assist on how to forge strong relationships with reliable business partners. This is a substantial part of any market entry strategy that would enable foreign businesses to enter the market with ease and confidence.

There is a growing desire across the growing middle class in Angola for a high quality range of services – from technology products to restaurants, leisure facilities and financial services. Whilst there are a large number of local enterprises and entrepreneurs in Angola, there is a real opportunity for European businesses to steal a march, invest in what in many cases will be a fledgling market and take a role as a market leader.

Interestingly, prices in Angola are relatively high but services and consumer goods are not always of a high standard. European businesses that can bring new, high-end goods and services have a real opportunity to command high margins in a marketplace that is used to paying high prices for low-level services and products.

What advice would you offer to SMEs and entrepreneurs in Angola seeking VC investment?

The best advice is to gain as much market information and advice as possible from the widest range of sources. Speak to other business leaders and entrepreneurs, bank managers and VC companies so as to properly understand the landscape. It goes without saying that any entrepreneur should have a sound business plan and projected finances so that investors or lenders gain confidence in the business model.

It is also important to understand that there are big differences between VCs and banks in terms of what you get for your money. A VC will want to be more involved in the business so as to help and support as much as possible: the VC wants you to succeed so that he can make a return. Always ensure that any conversations with a VC are frank when it comes to the full extent of this relationship, share of business and earn-out fees.

Read the first part of our interview with Teodoro de Jesus Xavier Poulson.