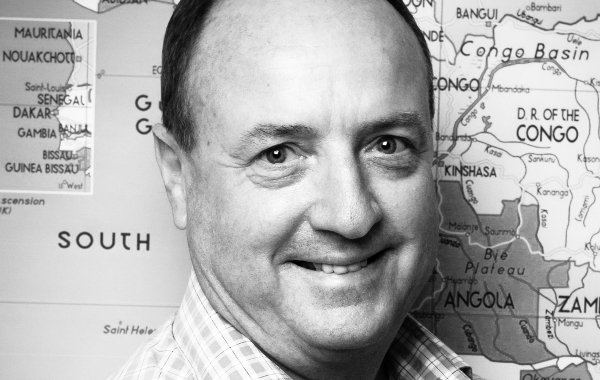 The consumer-facing sector has been pivotal to Africa’s growth story, with McKinsey & Company estimating it accounted for almost 50% of GDP expansion between 2010 and 2014. But recent years have seen a combination of low commodity prices and droughts dampen the prospects of many countries, leading some to question whether the continent still holds promise for consumer brands.

One company with a good vantage point of the sector is Polyoak Packaging, a South African-based operator with a footprint in numerous markets across the continent. Polyoak produces rigid plastic packaging for a wide variety of fast-moving consumer goods (FMCG) items, including milk, dairy products, soft drinks and sauce condiments. How we made it in Africa recently sat down with Keith Dilkes, Africa export sales manager at Polyoak, to get his perspective on the trends impacting the consumer goods industry. Here are the main takeaways from the conversation.

The region’s FMCG industry is growing in sophistication – especially when it comes to packaging.

While this trend is partly driven by the growth of modern retailers (which don’t want yoghurt leaking from tubs all over their shelves), Dilkes says it is also encouraged by the younger members of established family-owned businesses.

“East Africa specifically has numerous family-owned consumer-goods companies that have been trading for decades. Many of these businesses have become extremely successful and wealthy. The owners’ offspring are often sent overseas to study, and it is in these American, British and European markets where they are exposed to innovative, new packaging. When they return to the continent to rejoin the family enterprise, this next generation then looks at introducing these new ideas into their local markets,” explains Dilkes.

2. Modern and informal retail to continue existing side by side

Informal retail channels – such as markets, kiosks, table-top sellers and street hawkers – dominate sales in sub-Saharan Africa. The industry is, however, slowly modernising. The past decade has seen the development of numerous western-style shopping centres and the entry of international food and clothing chains.

Dilkes says that while retail is becoming more advanced, informal trade shouldn’t be ignored, as it remains the channel of choice for the majority of shoppers. “The wealthy would go there, but the local mass market typically still don’t shop at these big malls.”

Items in modern shopping centres are usually priced at a premium, and are therefore unaffordable for many people. “Some segments are incredibly cost-conscious. They would steer away from value-added packaging in a bid to reduce cost wherever possible,” notes Dilkes.

He says that although disposable incomes are slowly rising, poverty remains widespread. For instance, in a country such as Malawi, over 70% of the population live on less than US$2 a day.

Dilkes also highlights the challenges faced by oil-dependent economies, such as Angola and Nigeria, which continue to struggle because of the drop in the price of crude oil from over $100 a barrel in mid-2014 to lows of less than $30 at the start of 2016. “Unfortunately, due to the wealth generated from the oil and gas during the good times, the farming and manufacturing sectors were completely ignored and neglected.”

Thousands of containers of consumer goods still arrive at Africa’s ports every month. While the continent is likely to be a significant importer for the foreseeable future, Dilkes highlights growing momentum towards local production. For instance, both Zambia and Zimbabwe are large dairy producers, Ghana is becoming a significant fruit-juice maker, and Côte d’Ivoire is focusing on cocoa-based products and nuts.

Existing FMCG producers are also expanding and diversifying their portfolios. “You might find a company that has done really well over the years with an ice-cream range, now decides to diversify into yoghurt or carbonated soft drinks, because it has already done most of the hard work – with refrigerated trucking and the successful listing of their product with the chain stores. So it really makes sense to expand their range,” explains Dilkes.

He gives the example of a Zambian company that started out by producing washing powder and then diversified into all sorts of consumer goods from biscuits to carbonated soft drinks. These type of businesses are also not frightened to spend money on advertising and promotion, which creates healthy competition with the majors that have dominated certain sectors over the years.

Asked to identify the countries with the greatest opportunities, Dilkes highlighted Zimbabwe as having high potential. This might come as a surprise to some, given Zimbabwe’s economic troubles. However, despite its current challenges, Dilkes is optimistic about the country’s long-term outlook. He also believes conditions in neighbouring Zambia, which has recently struggled with low copper prices and a drought, will improve.

Another country offering potential is Uganda, where Dilkes believes there are significant opportunities to commercialise and export its already substantial agricultural output. Similarly, Angola can exploit its vast tracts of fertile land and ample fresh water resources, to diversify the oil-dependent economy into farming and manufacturing. And despite pervasive poverty, Malawi also has strong potential, especially in terms of tourism.

Dilkes further singles out Ethiopia. “They recently inaugurated a new railway line from Addis Ababa to Djibouti, and Addis Ababa must be the only city in Africa with its own metro-line system. It is a vast country with a population of over 90 million and it’s already attracting the attention of the US as a possible new manufacturing market.”