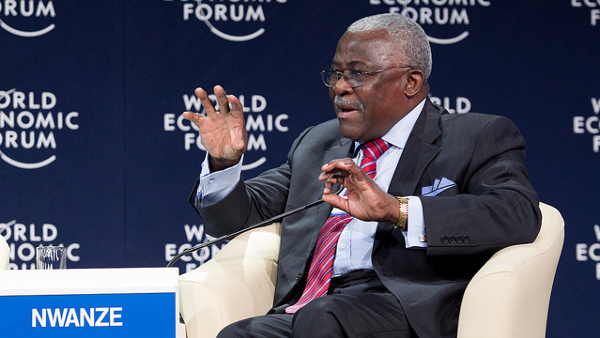 “Yes, Africa is home to about 60% of all available uncultivated agricultural land. But that is not the issue. To me that is Africa’s strategic reserve… and we don’t even have to touch it,” said IFAD president, Kanayo Nwanze, at the recent World Economic Forum on Africa.

A commonly cited statistic concerning Africa is it holds 60% of the world’s uncultivated arable land. Yet despite this huge agriculture potential, the continent remains a net importer of food.

However, according to Kanayo Nwanze, president of the International Fund for Agricultural Development (IFAD), Africa does not even need to tap into uncultivated land reserves to feed its people. All it needs to do is increase food production on land currently being farmed.

“Yes, Africa is home to about 60% of all available uncultivated agricultural land. But that is not the issue. To me that is Africa’s strategic reserve… and we don’t even have to touch it,” he said during a panel discussion at the recent World Economic Forum on Africa held in Cape Town.

The continent’s primary food producers are smallholders, he noted, and this is the sector that requires focus. “Our small producers, whom most people describe as subsistence farmers, are basically engaged in a business that has failed. Why do I say it has failed? Because productivity on the average is about 40% of its potential,” he highlighted.

“We have to increase productivity of existing farming systems. We have to become modern… the potential is there.”

Also participating in the discussion was Monica Musonda – founder of instant noodles manufacturer, Java Foods – who highlighted the need for more food processing on the continent.

Zambia, she noted, is one of the few African countries which has now become a net exporter in crops such as maize, wheat and soya beans. But not enough of this is processed locally.

“What we are seeing is the failure to take the opportunity on the downstream end.”

However, she added, this opportunity also brings massive challenges, such as getting raw materials to processors in the quantity, quality and consistency they demand. Costs – like labour, distribution and power – also remain high, making it difficult for processors to profitably produce food consumers can afford.

“So we have a number of challenges, but we are not discouraged. Because what I think we are seeing is proactivity from governments. In southern Africa there is much more talking and more collaboration.”